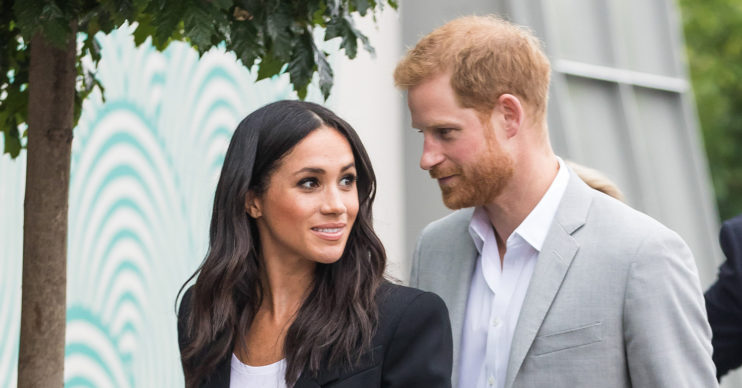 She gave him a traditional and thoughtful wedding anniversary gift

The pair have just celebrated their second wedding anniversary.

And according to People magazine, Meghan celebrated their first anniversary by putting her own talents to work.

The former actress, 38, apparently gave Harry, 35 a framed copy of their wedding speech.

And it was hand written by none other than herself. A talented hand writer, she once worked as a freelance calligrapher.

A source told the US mag that the couple love to get creative with their gifts to one another.

The source said: “The first anniversary was paper, and Meghan wrote out the wedding speech and had it framed for him.”

Adding that this year they will follow suit with the traditional second anniversary theme of “cotton”.

The source continued: “This year, they both gave each other gifts based on ‘cotton.’ Undoubtedly, it was a very creative and romantic gesture as all their gifts are to one another.”

According to popular home and lifestyle website The Spruce, cotton as a wedding anniversary represents interconnectivity.

It says: “This versatile material represents both comfort and strength. Like threads of cotton woven together, so too will your marriage become more interconnected in time.”

Of course Harry and Meghan will have had to celebrate their anniversary with baby Archie under lockdown.

“Represents both comfort and strength”

The couple chose to officially leave the British royal family this year.

Relocating to Canada and then Los Angeles, they have set up their own foundation Archewell.

Here they are a short drive away from many of Meghan Markle’s celebrity friends.

According to a report in Page Six, they are living here as “house guests” rather than tenants.

They have rarely been seen out and about due to lockdown conditions.

Read more: Prince Charles urges Brits to do their bit to save British farm industry

However, they have been spotted delivering food to vulnerable residents.

And they were also photographed walking their two pet dogs along the streets of LA.

Due to flight and travel restrictions, it is unknown when they will be able to visit the UK.

What do you think of Meghan’s gift to Harry? Share your thoughts with us on our Facebook page @EntertainmentDailyUK.