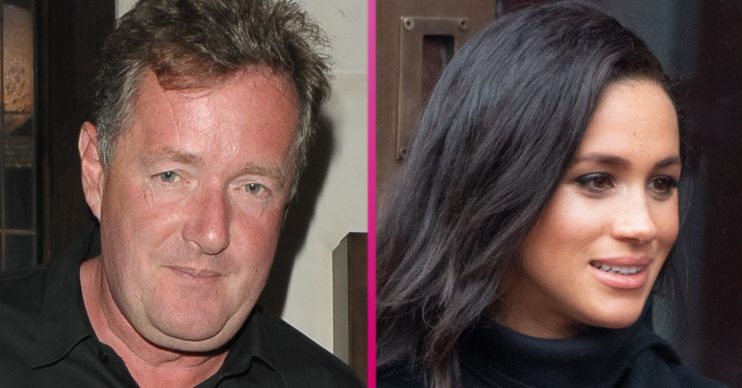 On Twitter, the Good Morning Britain presenter, 55, slammed the former senior royal amid reports that Meghan does not have social media accounts for the sake of her “self preservation”.

What did Piers Morgan say about Meghan Markle and her trolling claims?

Piers was responding to a Sky News tweet that said the Duchess of Sussex is not on social media when he questioned how she struggles so much will trolling.

He wrote: “Yet on Monday, the Princess of Victimhood said she found online trolling ‘almost unsurvivable’. How, if she never sees it?”

Read more: GMB: Piers Morgan hits back at Meghan Markle over claims of being ‘most trolled person in the world’

As reported by Sky News, Meghan said at Fortune magazine’s Most Powerful Women Next Gen Summit this week that she hasn’t been on social media “for a very long time.”

She explained that the “personal choice to not have any account” was for her “own self-preservation”.

Meghan continued: “So I don’t know what’s out there, and in many ways that’s helpful for me.”

Meghan reportedly shut down her personal accounts months before marrying Prince Harry in 2018.

The Princess of Victimhood said she found online trolling ‘almost unsurvivable’. How, if she never sees it?

Speaking further, Meghan went on to call social media “very unhealthy” for a lot of the people using it – and said she feels concerned for them.

She told the summit: “I have a lot of concerns for people that have become obsessed with it.

It follows comments Meghan made on the Teenage Therapy podcast. She said: “In 2019, I was the most trolled person in the entire world – male or female.

“Now for eight months of that, I wasn’t even visible. I was on maternity leave or with the baby.

Read more: Meghan Markle says the hate she gets from trolling is ‘almost unsurvivable’

“But what was able to be just manufactured and churned out, it’s almost unsurvivable.”

Reacting to Meghan’s comments on GMB earlier this week, Piers revealed that in the UK at least, singer Adele was the most trolled person last year, followed by Gemma Collins. Meghan, he said, was in third place.