Fresh from the row that surrounded Meghan Markle and Prince Harry's use of private jets, the Duke and Duchess of Cambridge have headed to Scotland on board a budget airline.

William and Kate were seen walking across the tarmac at Aberdeen Airport this morning (August 22).

Prince George and Princess Charlotte followed behind their dad, while Prince Louis was held by mum Kate, who was joined by the family's nanny Maria Borrallo. 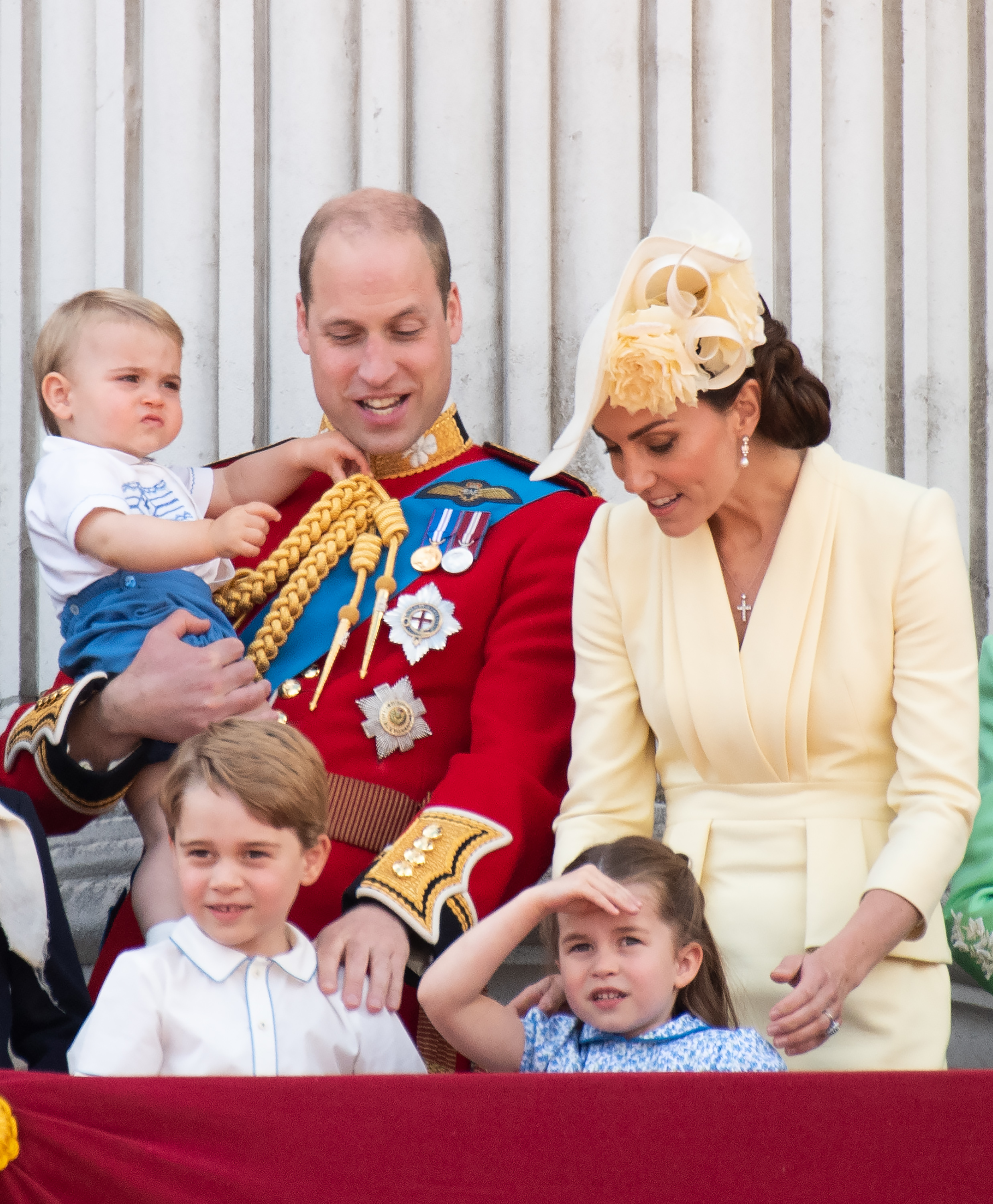 The young royals headed to Scotland on a budget flight with FlyBe (Credit: Splash News)

The family of five boarded the 8.45am FlyBe flight from Norwich International Airport, which is reported to have cost a mere £73.

They were then expected to be driven to Balmoral, where they are thought to be visiting HM the Queen and Prince Philip, who are at their Scottish retreat for their summer break.

Read more: Former Strictly star Ola Jordan on the pressure to be thin on the show

A fellow holidaymaker on board the plane told the Daily Mail that "no one knew" they were even on the flight.

William and Kate flying on a budget airline proves you can do it. If they can fly budget then surely Harry, Meghan and their child are able to as well.

They said: "The family were sat right at the front. I fly this route all the time and we were non the wiser. No one knew they were on the flight."

They added that Kate's mother Carole Middleton was also on board the plane. 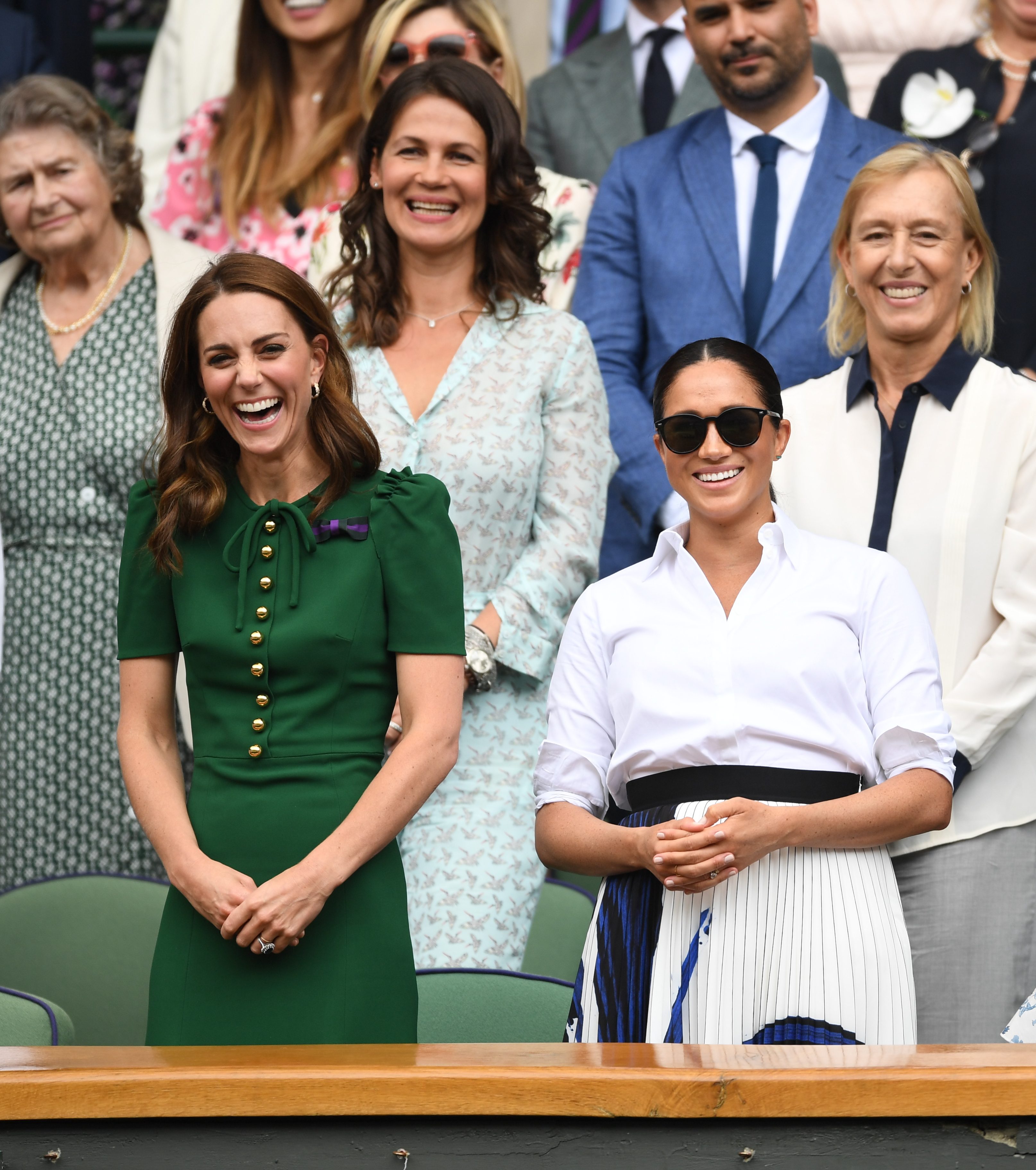 Kate and Meghan recently attended Wimbledon together but it seems the duchesses have very different ideas when it comes to travelling (Credit: Splash News)

He told the publication: "There was a lot of nonsense spoken about how Prince Harry and Meghan Markle needed to fly in private jets because of security concerns but the royal family have been using cheap airlines for years."

He added: "William and Kate flying on a budget airline proves you can do it. If they can fly budget then surely Harry, Meghan and their child are able to as well."

The budget flight is in stark contrast to Harry and Meghan's "summer of private jets". The pair recently used private jets when they headed to Ibiza and Nice with baby Archie in tow.

I am deeply distressed by today’s distorted and malicious account in the press surrounding the Duke and Duchess of Sussex’s private stay at my home in Nice last week. Prince Harry’s Mother, Diana Princess Of Wales was one of my dearest friends. I feel a profound sense of obligation to protect Harry and his family from the unnecessary press intrusion that contributed to Diana’s untimely death. After a hectic year continuing their hard work and dedication to charity, David and I wanted the young family to have a private holiday inside the safety and tranquility of our home. To maintain a high level of much-needed protection, we provided them with a private jet flight. To support Prince Harry’s commitment to the environment, we ensured their flight was carbon neutral, by making the appropriate contribution to Carbon Footprint™ I highly respect and applaud both Harry and Meghan’s commitment to charity and I’m calling on the press to cease these relentless and untrue assassinations on their character that are spuriously crafted on an almost daily basis.

Harry and Meghan – who are keen environmentalists and recently spoke out against climate change – are reported to have taken four private jet flights in 11 days.

One of the flights was paid for by singer Sir Elton John, who said he wanted the young family to "have a private holiday inside the safety and tranquility of our home" in Nice.

He said he made the flight "carbon neutral" by making a donation to Carbon Footprint.