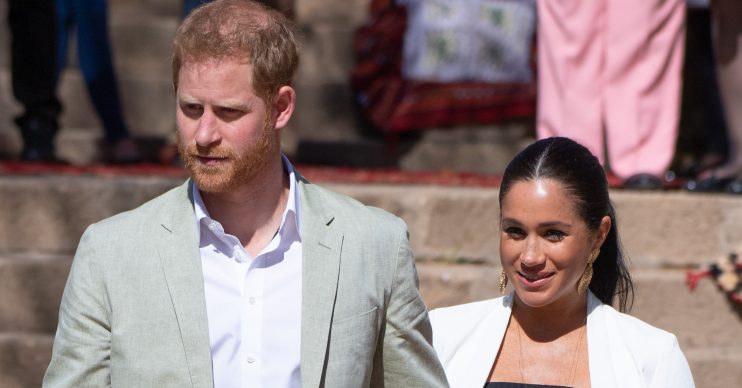 Meghan Markle and Prince Harry came under fire last week after it was revealed that they’d enjoyed a secret trip to Ibiza via private jet with baby Archie.

And now The Sun has revealed that the family boarded a second private jet just two days after – to travel to Nice, France.

The reason for their travel is unknown, but they are believed to have boarded a 12-seater Cessna aircraft which can cost over £20,000 to hire per flight.

Pictures published in the tabloid show Harry and Meghan disembarking the jet with Archie in Meghan’s arms.

Their fondness for private jets has been highly criticised by the public and MPs alike, who have called out their ‘hypocrisy.’

Both Harry and Meghan have encouraged the public to be more environmentally conscious – in speeches, editorials and on their joint social media account.

Harry even attended Google’s retreat in Italy earlier this month, where is believed to have given a speech ‘barefoot’ on climate change.

He also gave an interview in Meghan Markle’s edited Vogue issue, in which he stated they would only have two children, for environmental reasons.

On Saturday Labour MP Teresa Pearce called out Prince Harry’s hypocritical lifestyle choices, and that he should ‘lead by example’:

“Given the position they have taken publicly about being responsible on climate change, this does seem an anomaly which they should look at.

“It’s up to all of us to cut our carbon emissions, and the number of flights we take a year.

“That is really important — and someone as high profile as that should lead by example,” Teresa said.

*EntertainmentDaily has reached out to Harry and Meghan’s representatives.

What do you make of Harry and Meghan’s latest jet jaunt? Tell us what you think on our Facebook page @EntertainmentDailyFix.