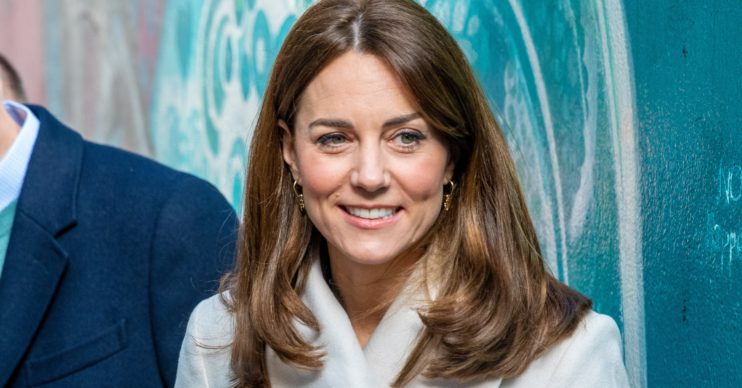 The Duchess of Cambridge is busier than ever now

Kate Middleton reportedly feels ‘exhausted and trapped’ by her increased workload since Harry and Meghan quit the Royal Family.

Read more: Meghan Markle ‘convinced there was a conspiracy against her’ leading up to her royal exit

The Duchess of Cambridge is said to be ‘furious’ over her ‘enormous’ to-do list.

An insider said Harry and Meghan effectively ‘threw the Cambridge children under the bus’ with their decision to quit royal life.

Kate and Prince William are in lockdown in their Norfolk residence, Anmer Hall, with their three children.

However, they have made a host of virtual appearances as they uphold their royal duties.

Meanwhile, Harry and Meghan are in their LA mansion with son Archie.

“William and Catherine really wanted to be hands-on parents and the Sussexes have effectively thrown their three children under a bus,” a source told Tatler magazine.

They continued: “There goes their morning school runs as the responsibilities on them now are enormous.”

“Kate is furious about the larger workload,” another friend of the Duchess added.

“Of course she’s smiling and dressing appropriately but she doesn’t want this.

“She’s working as hard as a top CEO, who has to be wheeled out all the time, without the benefits of boundaries and plenty of holidays.”

In the article a host of insiders came forward to discuss the Duchess.

One said she has a ‘ruthless survival streak’ and is preparing to take over from the Queen.

Ent Daily has contacted reps for Kensington Palace for comment.

Earlier this month, Royal expert Katie Nicholl told Entertainment Tonight that Kate and William have been ‘stepping up to the plate’ amid the pandemic.

“It’s uplifting for Britain, particularly for royalists, to see what the future of the royal family is going to look like,” she said.

“The royal family has gone to great lengths not to be seen to be aloof or distant or unrelatable.”

The revelations come as William has opened up about finding fatherhood ‘overwhelming’ in a new BBC documentary.

“Me and Catherine particularly, we support each other,” he said.

“We go through those moments together and we kind of evolve and learn together.

“But I do agree with you, I think, emotionally, things come out of the blue that you don’t ever expect?”