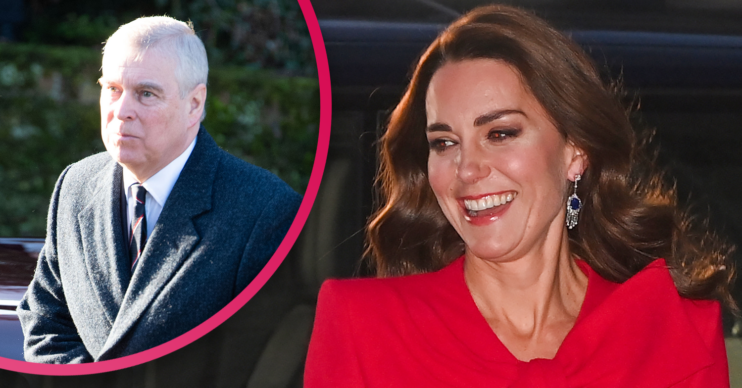 Good Morning Britain fans have joked that the royal family are using Kate Middleton and her piano playing to distract from the Prince Andrew furore.

Of course, Kate surprised the nation when she joined Tom Walker on piano ahead of Christmas on Royal Carols: Together at Christmas.

Meanwhile, Prince Andrew is waiting to find out if the sex assault case against him will be thrown out of court.

And, after singer Tom Walker appeared GMB to speak about the duet, viewers started cracking jokes.

What did Tom Walker say about Kate Middleton playing the piano?

Tom joked to GMB hosts Richard Bacon and Susanna Reid that he would be “opening” for Kate at Glastonbury next year.

He also revealed they had a “top secret” rehearsal together to make sure she felt comfortable with the music.

Tom then joked: “I’m sure I’ll be opening for her at Glasto next year.”

However, GMB viewers actually predicted something a little more daring for Kate…

What did GMB viewers joke about Kate?

They joked that perhaps Kate is being used to detract attention from the court case furore in the States.

One said: “Royal family have Kate out there playing piano to distract from Prince Andrew.”

Another agreed: “Perfect solution for royalty, when things get tough put Kate on the piano and she’ll divert attention from Andrew.”

A third also joked about what could come next for Kate, should a judge decide not to throw the case out of court.

“If the Prince Andrew thing goes to court Kate is going to have to go on Ninja Warrior or something,” they joked.

“Oh my days! They’ve stuck Kate on a piano to back Tom Walker! What next? Charles on Strictly? Beatrice on the Bake-Off? What an embarrassment!” declared another.

“Edward on Drag Race?” another joked.

What did Kate play on the piano?

The Duchess of Cambridge showcased her piano skills ahead of Christmas when she joined Tom Walker for a duet.

While he sang his Christmas song For Those Who Can’t Be Here, Kate accompanied him on the piano.