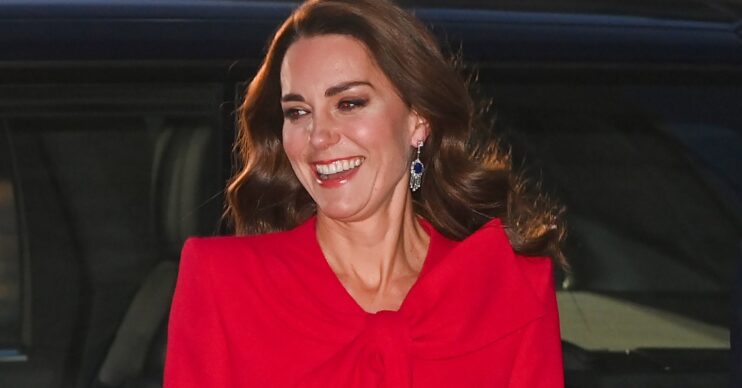 Kate Middleton, Duchess of Cambridge, will treat viewers by showcasing her musical talent during tonight’s Royal Carols: Together at Christmas carol service on ITV.

During the concert, which was recorded earlier this month, Kate steps up and positions herself behind a piano.

Wearing a stunning red dress, the Duchess of Cambridge is surrounded by festive candles as she gets ready to tinkle the ivories.

Looks like somebody is going to be performing in the ‘Together at Christmas’ carol concert tonight … 🎹
(It’s on @ITV at 7:30pm)
📺 🎄 🎹 pic.twitter.com/zWPKIz9BW2

Where can I watch the Duchess of Cambridge’s carol service?

He captioned the post: “Looks like somebody is going to be performing in the ‘Together at Christmas’ carol concert tonight.”

Chris later quote-tweeted himself, adding: “This could be a brave move. Just read Kate’s former piano teacher Daniel Nicholls once said of the Duchess of Cambridge: ‘I don’t think she was ever going to be a concert pianist.’

“No pressure then as tonight it seems she’s playing in Westminster Abbey on network TV.”

Twitter users are sharing their excitement about seeing Kate play.

Two fans have tweeted that they “can’t wait” for the concert, which airs at 7.30pm.

Another gushed: “The Duchess playing the piano. That’s something I didn’t expect to see. Love her.”

“Love her. Have to watch this,” agreed another.

Someone else joked: “Just so long as William doesn’t appear by her side in festive shorts with knobbly knees.”

Not everyone was quite as excited by the prospect of seeing Kate play though.

One person asked: “What time is Corrie on then?”

Earlier this week, ITV revealed a short clip of the carol service to the delight of royal fans.

The show is going to feature carols, readings, and musical performances, and will pay tribute to the work done by individuals and organisations during the COVID-19 pandemic.

Leona Lewis and Ellie Goulding will be performing at the concert, as will Tom Walker, who will be singing his new Christmas song, For Those Who Can’t Be Here.

Kate Middleton’s Christmas special has been designed to give the nation time to reflect and come together.

Will you be watching Kate Middleton’s Christmas concert? Leave us a comment on our Facebook page @EntertainmentDailyFix and let us know.