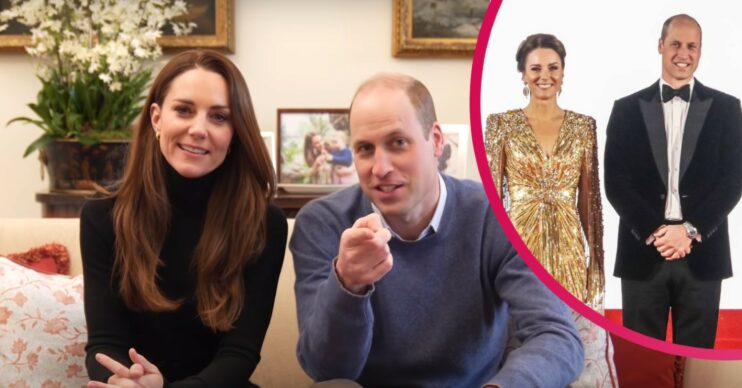 Prince William and Kate Middleton are reportedly ‘working overtime’ at the moment for the Royal Family.

This is down to a few reasons, though mainly apparently due to the fact that the Palace is facing a “shortage of royals”!

A rocky year for the Royal Family

While other members of the Royal Family have had to step back from royal duties, Prince William and Kate have gone the other way and stepped up. So much so, that they’re now reportedly working overtime!

It’s been a tough year for the palace and the Royal Family. Senior royals have reportedly undertaken less than 60% of the engagements they were doing in 2019.

There are valid reasons for this, however. Covid-19, senior royals growing older, the loss of other senior members of the Royal Family have all impacted just how many engagements can be undertaken.

The Queen, for example, managed 182 engagements in 2021, according to The Mirror. This is up from the 127 she managed last year. However, it’s still a significant way off the 291 engagements she undertook in 2019.

Lockdown, the death of Prince Philip, and the Queen’s ill-health during October and November undeniably had an impact on this number.

According to Canadian researcher Patricia Treble, William is the only Royal to complete more duties than he did in 2019.

The 39-year-old future King managed 229 engagements this year. Kate, also 39, undertook 114 engagements, which is only one less than she managed last year.

In fact, Kate’s drop from her 2019 duties is the smallest out of the whole Royal Family!

Patricia Treble spoke to the Mirror about the significance of William and Kate’s numbers this year.

“Sure, their overall level of engagements hasn’t changed that much but that’s actually news, as the other senior royals have experienced large drops in their tallies during the pandemic,” she explained.

How do other royals compare to Prince William and Kate?

In the past, it’s been Prince Charles who’s undertaken the most engagements out of the whole Royal Family.

Prince Charles completed 371 engagements in 2021. Despite this impressive figure, it was still down by a third from his total number in 2019.

Princess Anne was the royal who undertook the most engagements in 2021. The 71-year-old was also the royal who worked the most days in 2021 too. The Princess Royal beat her older brother by 10 engagements this year, yet even her numbers were down by 33% from 2019.

2 years ago, Princess Anne did a total of 486 engagements throughout the course of the 12 months.

The absence of three signficant members of the Royal Family certainly hasn’t helped this year. Prince Harry and Meghan Markle stepped back from royal duties at the beginning of 2020. They now reside in the U.S.

Prince Andrew was also forced to step back from his royal duties recently due to the Jeffrey Epstein scandal.

On the subject of the Royal Family’s reduced engagements, Patricia Treble said the trends revealed by the Covid pandemic are “likely to continue” in the future.