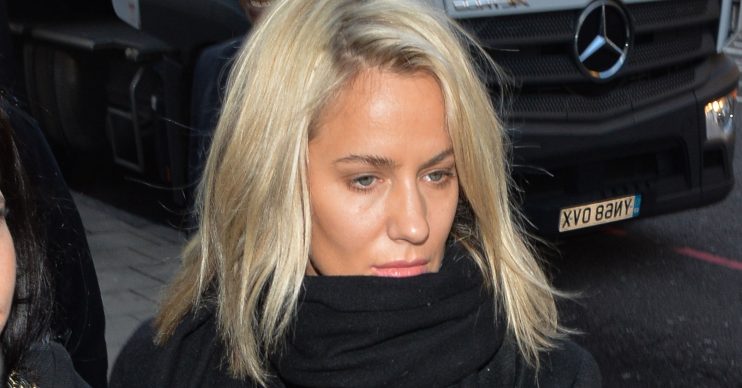 Caroline Flack has reportedly flown to Los Angeles, California to ‘clear her head’ and ‘find herself’ before her assault trial in March.

The former Love Island host, 40, is said to be spending New Year’s in LA after a challenging month that saw her arrested and charged for alleged assault on her boyfriend Lewis Burton, 27.

The star has been released on bail until her trial date on March 4 next year.

According to a report in The Sun, Caroline fells ‘trapped’ in the UK and is hoping to find peace Stateside.

She wants to feel the sunshine on her skin, do long hikes and clear her head.

The source claimed: “Caroline feels trapped in the UK. She can’t see or communicate with Lewis but she also doesn’t want to return to her flat because her every move is documented by photographers.”

Apparently she hopes to ‘find herself’ in LA by enjoying long hikes in the mountains.

The source continued: “Whenever she’s hit hard times, she’s always ‘found herself’ again in the mountains, away from the limelight. She wants to feel the sunshine on her skin, do long hikes and clear her head.”

She is believed to have spent the Christmas holidays with her family, after bail conditions forbade her from spending it with Lewis.

During the period she liked a series of tweets on Twitter that referenced spending Christmas alone.

This included a tweet written by actress Rose McGowan which read: “Today I celebrate. I have love in my life, I’m on the road to emotional recovery, and I have mad love for all of you out there who keep me going in dark times.

“I wish you all peace and a big ray of hope. Here’s to getting the other side. Love, Rose.”

She also liked a tweet from The Sun’s Dan Wootton which stated: “And if you are on your own this Christmas, just remember you are never alone.”

Caroline and Lewis were reportedly covered in blood when police arrived at her Islington home on December 12.

Lewis had called the police after Caroline had allegedly hit him on the head with a lamp as he slept.

She pleaded not guilty to common assault and was reported as sobbing in court.

Her close friend, Laura Whitmore, 34, has replaced her as a host on Love Island, which winter series is due to air on January 12 in the new year.

What do you think of Caroline’s reported getaway trip? Tell us what you think on our Facebook page @EntertainmentDailyFix.