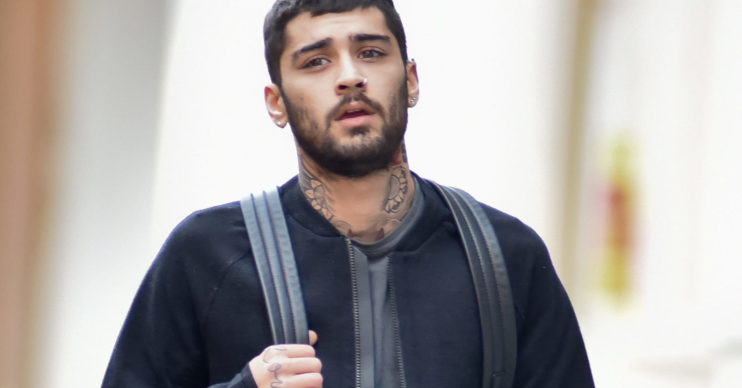 The 17-year-old welcomed her daughter in January

The younger sister of Zayn Malik, Safaa, has revealed she has received death threats over her baby daughter.

The 17-year-old and husband Martin Tiser welcomed their daughter Zaneyah in January.

Sadly, the profile has been hit by a string of nasty comments, particularly aimed at Safaa and her innocent baby girl.

A troll – who believed they were talking to  Safaa – had written under an image of Zaneyah: “Your baby’s ugly.”

They added: “Got married to cover that fact that you was pregnant.”

Safaa previously opened up about motherhood, telling her followers: “Being a young mom means that we met a little early but it also means I get to love you a little longer.

“Some people said that my life ended when I had a baby but my life had just began.

“You didn’t take away from my future, you gave me a new one. Repost if you are a proud mother.”

When did Safaa give birth?

The teenager married her boyfriend, 18-year-old Martin, in her hometown of Bradford, West Yorkshire, in September last year, a few days after she turned 17.

She later gave birth to Zaneyah in January, revealing the exciting news in a post shared online.

The post included a message revealing her name, Zaneyah, and her weight, 8lbs 3oz.

Zayn’s family still live in Bradford, where he grew up, along with his siblings, including oldest sister, 28-year-old Doniya.

Mum Trisha previously revealed that while Zayn, 27, was close to his sisters, none of them would be looking to follow their brother and try for a career in the music industry.

She said: “None of the sisters will follow Zayn’s footsteps into a music career… He’ll tease his sisters, he’ll hug them and they might have an argument like brothers and sisters do. He spoils [Safaa].”