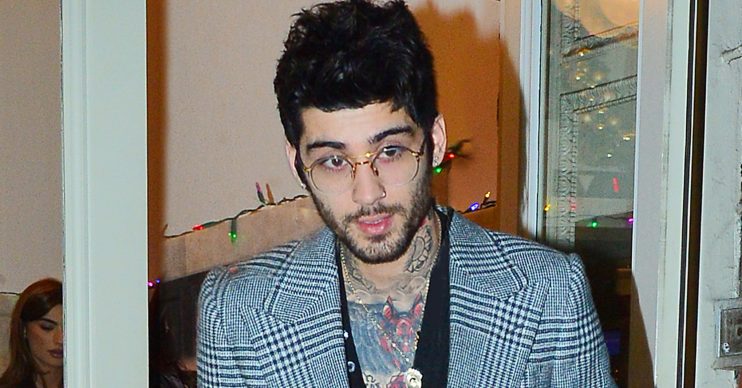 She got married last year

Singer Zayn Malik‘s 17-year-old sister is reported to have given birth to her first child.

Safaa Malik married her boyfriend, 18-year-old Martin Tiser, in her hometown of Bradford, Leeds in September last year, a few days after she turned 17.

The couple have now welcomed a baby daughter together, according to MailOnline.

A snap of the new arrival was shared online, although the tot’s face was hidden with an emoji sticker.

The post included a message revealing her name, Zaneyah, and her weight, 8lbs 3oz.

After Safaa’s wedding last year, her mum Trisha shared a collection of pics from the big day on Instagram.

She wrote for her followers, “My baby girl’s big day” and added some heart emojis.

Zayn’s sister Waliyha, 21, shared a snap of the happy couple’s wedding cake on Instagram, which featured the date and a sign that read ‘Mr and Mrs Tiser’.

Over on his own Instagram page, Safaa’s groom Martin for their well-wishes after they tied the knot in a traditional Nikkah ceremony.

“Thanks to all of you who support us. We so appreciate that,” he wrote.

In October, members of Safaa’s family shared pictures from her baby shower.

Zayn’s mother and father, Yaser, still live in Bradford, where he grew up, along with his siblings, including oldest sister, 28-year-old Doniya.

The former One Direction star is very close to his family, and Waliyha even appears in the music video for his song Story of My Life.

And in the 1D film, This Is Us, fans got to see the kindhearted singer buy a house for his family after he vowed to use his wealth to look after them.

Trisha said: “We never had enough money to buy our own house. We always lived in rented accommodation, so Zayn knew how very important it was for me to have my own place.”

Previously, Trisha revealed that while Zayn was close to his sisters, none of them would be looking to follow their brother and try for a career in the music industry.

She said: “None of the sisters will follow Zayn’s footsteps into a music career… He’ll tease his sisters, he’ll hug them and they might have an argument like brothers and sisters do. He spoils [Safaa].”