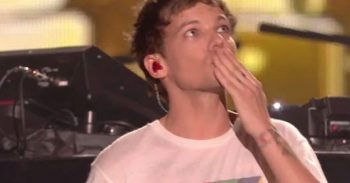 The 27-year-old singer has insisted he hopes Zayn is “alright”, but confessed that their friendship “never really got better” after Zayn didn’t attend his X Factor performance in December 2016, following the death of his mother Johannah Deakin.

He told The Dan Wootton Interview podcast: “Truthfully it never really got better to be honest.

“I had a couple of calls with him after I lost me mum and, you know, all the boys had agreed to come to that performance and he didn’t show and that really bugged me.”

Louis admitted he appreciated the show of support from the other members of One Direction, Harry Styles, Niall Horan and Liam Payne.

The pop star – whose mother died following a lengthy battle with leukaemia – shared: “Everyone showed and it was a moment of…

“I got goosebumps there, and seeing Harry, Niall, and Liam, that was what I needed that night, that support.”

Louis also insisted that the band will reunite one day.

However, he isn’t sure whether Zayn will join the group for the much-discussed reunion.

He said: “I mean that’s a more difficult question than are we going to get back together one day, because I would say with all certainty that we are.

“But as a five it’s a different question and it’s a hard question to answer.”

Last year, Zayn admitted that his relationship with his former bandmates had “broken apart”.

He revealed: “People take it different ways – especially when there are five different personalities.

“The relationships had broken apart.