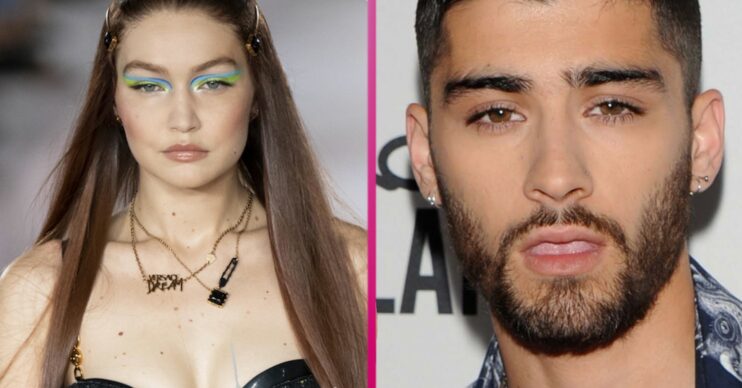 It comes after Zayn had an alleged altercation with Gigi's mum, Yolanda

Some sad news this morning; according to reports, Zayn Malik and Gigi Hadid have split.

The couple are said to have called time on their relationship after dating on and off since 2015.

Sources close to the couple have apparently confirmed to People that Zayn and Gigi ‘are not together right now’.

Model Gigi released a statement to the publication which also appeared to confirm the split.

A rep told them: “Gigi is solely focused on the best for Khai. She asks for privacy at this time.”

On Thursday (October 28) night, TMZ reported that Yolanda was considering police action against the former One Direction star.

It’s alleged that no report has yet been filed with police.

However, Zayn took to social media to make a statement shortly after the report was published.

He wrote on Twitter: “As you all know I am a very private person and I very much want to create a safe and private space for my daughter to grow up in.”

Zayn went on to claim that a ‘family member’ of his partner had entered their home while Gigi was away ‘several weeks’ ago.

He said that there had been an argument and he had agreed ‘not to contest claims’ that had arisen from the clash.

He continued: “This was and still should be a private matter but it seems for now there is a divisiveness and despite my efforts to restore us to a peaceful family environment that will allow for me to co-parent my daughter in a manner in which she deserves, this has been ‘leaked’ to the press.”

Meanwhile, in a statement released to TMZ, Zayn said: “I adamantly deny striking Yolanda Hadid and for the sake of my daughter I decline to give any further details…

“…and I hope that Yolanda will reconsider her false allegations and move towards healing these family issues in private.”

Zayn and Gigi are notoriously private

The couple – who have dated on and off since 2015 – are notorious for keeping their private lives out of the news.

They have become even more so since Khai’s birth in September last year.

Gigi released a statement in July, asking for privacy for her daughter.

Posting on Instagram, she said: “I write this all to say: to the Paparazzi, press, and beloved fan accounts, you know we have never intentionally shared our daughters face on social media.

“Our wish is that she can choose how to share herself with the world when she comes of age, and that she can live as normal of a childhood as possible, without worrying about a public image that she has not chosen.”

Zayn and Gigi hit headlines in 2016 after she starred in the raunchy video for his debut solo single, Pillowtalk.

It was his first release since quitting One Direction in 2015.