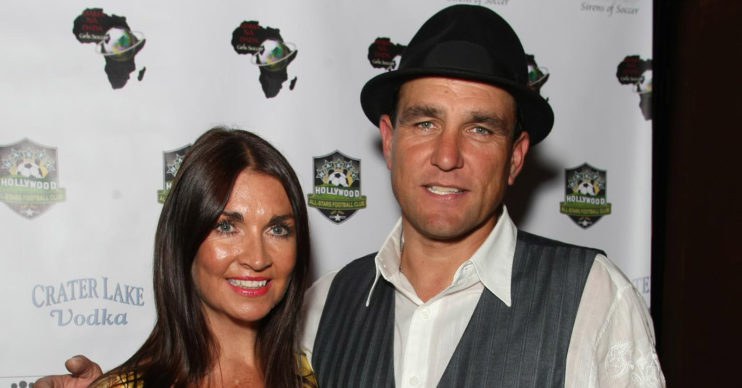 Vinnie Jones says he would love to make a movie

Vinnie Jones wants to make a movie inspired by his late wife.

The 55-year-old actor was heartbroken when his wife Tanya passed away in 2019 from cancer and he would consider honouring her memory with a film.

He said: “The only thing I would consider, whether it will be in the near future or something that I come to late on, is the movie.

“It would make a magnificent love story. For the rest of my natural life, I want to make Tansy smile every day.”

The former footballer also has “little chats” with Tanya in his head every day and has also turned to therapy twice a week to help him cope.

He added to the Daily Star newspaper: “That helps. You learn to get through most of the day, but there are lots of great big drop-offs … I can’t recommend it enough. Blokes thinks, ‘I don’t need to see a shrink’ but you don’t lie down on a couch.”

Vinnie opens up about losing his wife

The actor explained in an extract from his memoir, ‘Lost Without You’, which has been published in The Sun newspaper: “I sometimes tell people that I’m just waiting to be reunited with Tans. I suppose in some ways I’m just hanging around, half-living, until I get to see her again.

“Everyone tries to talk me out of it – ‘You’re not old, Vin,’ they say, ‘You’re healthy, you have lots of time left.’

“But it’s how I feel some days. I’m just waiting, kicking my heels, passing the time, keeping busy, hitting f****** golf balls into a sea of sadness.

“Grief is like that: a great, heavy weight, heavier than any element, so heavy it can sink through the table and the floor and through the basement of the house and down into the deep rock.

“And some days, it takes you with it.”

The couple shared one daughter together Kaley, who Tanya had with her first husband.

Vinnie adopted Kaley and sees her as his own.

He will appear on an upcoming episode of Piers Morgan’s Life Stories.

Here he will further delve into his grief and share some of his fondest memories of his late spouse.