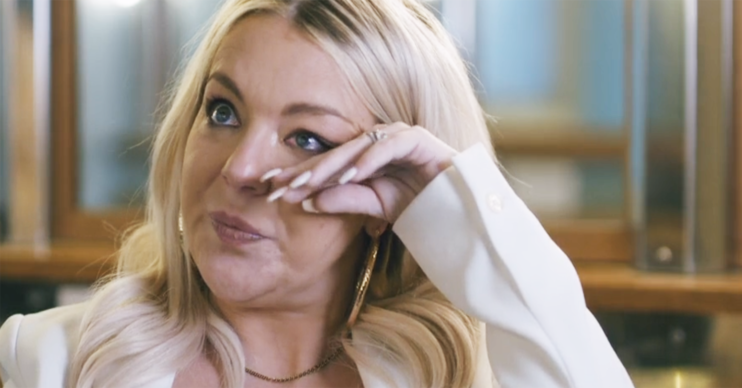 She won praise from viewers for her honesty

Sheridan Smith broke down in tears during an emotional segment in her ITV documentary.

The Cilla actress and mum-of-one, 39, had to stop filming as she opened up about her older brother’s death when she was eight-years-old.

What did Sheridan Smith say about her brother?

During the documentary – Sheridan Smith: Becoming Mum – Sheridan was frank about her upbringing and mental health issues.

She described her “perfect” upbringing and the first major life events that affected her, the death of her “big, big brother”.

“It was all perfect until my brother Julian got unwell,” she said.

“He was diagnosed with cancer and spent a couple of years on the couch unwell. I’d do little performances for him. Annoying little sister probably.

“He’d encourage me to sing and dance for him and I’d massage his feet.”

In tears, she also remembered the night he died and recounted “all the screaming”.

She added: “I’ve never really asked my family about it because I’ve never wanted to upset them.

“You don’t want to bring up times when you were eight. It’s still very vivid.”

Loved @Sheridansmith1 before but even more after her documentary on @ITV tonight #BecomingMum so honest and raw, a normal northern lass with normal problems like every else. Fame never takes away the fact you are human. Grown up watching her since Holby City. #sheridansmith

What did Sheridan Smith’s fans say?

Sheridan’s honesty in opening up about the tragedies in her life, and her battles with mental illness, provoked a heartfelt response from viewers.

“Totally just had some tears then when @Sheridansmith1 was talking about her brother,” one wrote.

“Have always admired her. An incredible talent and down-to-earth kind person.

“I think she has been so brave to share her mental health struggles on #becomingmum – total respect! This will help start more positive conversations.”

Finally, a third said: “Watching @Sheridansmith1 in her documentary called #becomingmum and I’m in awe at how open and brave she is.”

When Sheridan went off at the deep end

Throughout the documentary, she revealed her struggles with mental health while she was pregnant.

She also opened up about the time she suffered seizures and ended up in A&E after abruptly coming off her meds.

Sheridan recalled a joke Graham Norton made about her during the 2016 BAFTA ceremony.

Read more: Sheridan Smith feared ‘the wheels would come off’ after having her baby

“I [felt] so humiliated. It’s a room full of your peers and people you want to work with, or have worked with,” she said.

“That night for me was like the final straw, before my brain totally went off the deep end.”