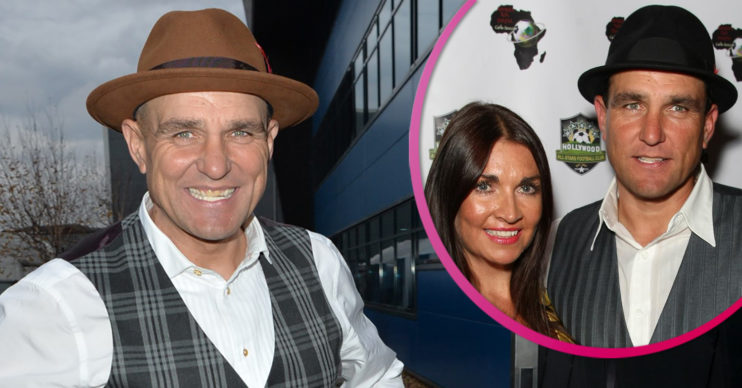 Struggling to come to terms with Tanya's tragic death

Vinnie Jones said he is “just hanging around” until he’s reunited with his late wife.

What did Vinnie Jones say?

In an extract from his memoir, ‘Lost Without You’ – which has been published in The Sun newspaper – Vinnie explained: “I sometimes tell people that I’m just waiting to be reunited with Tans.

“I suppose in some ways I’m just hanging around, half-living, until I get to see her again.”

“Everyone tries to talk me out of it – ‘You’re not old, Vin,’ they say, ‘You’re healthy, you have lots of time left.’

I suppose in some ways I’m just hanging around, half-living, until I get to see her again.

“But it’s how I feel some days. I’m just waiting, kicking my heels, passing the time, keeping busy, hitting [expletive] golf balls into a sea of sadness.

“Grief is like that: a great, heavyweight, heavier than any element, so heavy it can sink through the table and the floor and through the basement of the house and down into the deep rock.

“And some days, it takes you with it. And it’s on those days that I tell people I’m just waiting to be reunited with Tanya Jones.”

How Vinnie Jones is coping after Tanya’s death

The former soccer star, who married Tanya in 1994, added: “The way I’m looking at it is this: she’s up there now, sitting there, looking down on us, so I try to be a good person.

“I know I have a reputation for some of the things I’ve done, but you’ve no idea how much I’ve changed.

“A lot of the time I’ll try to do something good for people, and when I do good things, I feel her smiling. I know that smile – I lived with it for 27 years.”

Tanya tragically died on July 6, 2019, after a long and courageous battle with skin cancer.

Later in the year, Vinnie emotionally recalled the day she died.

Piers retweeted Vinnie’s original tweet, which was promoting the book.