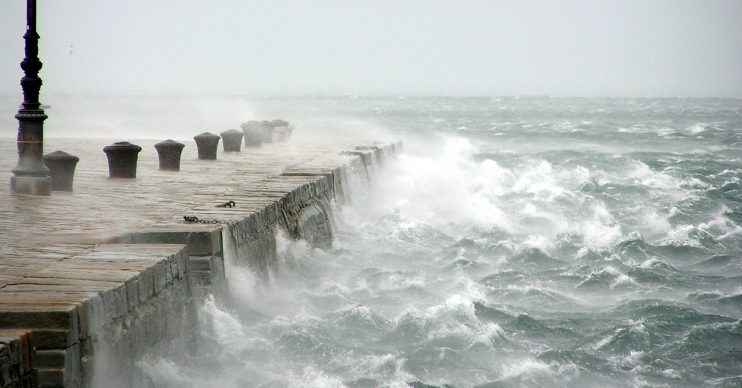 Take care out there!

The UK faces fresh chaos today as Storm Ciara continues to batter Britain with gusts of up to 70mph.

Strong winds have reportedly grounded hundreds of flights and caused disruption along motorways and main roads – and the turmoil is expected to continue over the next 48 hours, according to The Telegraph.

The publication reported that over 20,000 homes were without power last night (February 9 2020).

UK Power Networks said that more than 18,500 properties in the east and southeast of England had no power, while Western Power Distribution – serving the Midlands and the southwest – said over 2,800 homes were affected.

🚆Travel advice for Monday is been updated as we receive it.

📱https://t.co/muRuIjxaOj will be updated as train operators confirm their service. Please check before travel.

TransPennine Express trains between Preston and Edinburgh were among those affected, having ground to a halt because of flooding in Carlisle, Cumbria.

Rail routes in Staffordshire were likewise knocked out of action due to Storm Ciara hurling so many tress on the tracks.

Motorists, meanwhile, have been advised to take extra care. Traffic Scotland said snow and wind continue to cause difficult driving conditions on the Scottish road network.

The Met Office is now warning of exceptional gusts reaching as fast as 70mph on Monday, with snow and ice warnings for large parts of northern England and Scotland.

Storm Ciara not going anywhere in a hurry.

And at the time of writing, the agency had 112 flood warnings in place across Britain, along with well over 200 flood alerts.

In England, the majority of warnings are in Yorkshire and Lincolnshire.

Rishi Sunak, Chief Secretary to the Treasury, said the government is standing “ready to support where it can” and hundreds from the Environment Agency were helping with clean-up operations.

According to the BBC, engineers managed to restore electricity to majority of homes affected.

Speaking further, Lucy reported that as colder air sinks its way in, Storm Ciara will bring a wintry mix of sleet and snow across the highest ground of northern Britain.”

How is the weather looking where you live? Leave us a comment on our Facebook page @EntertainmentDailyFix and let us know.