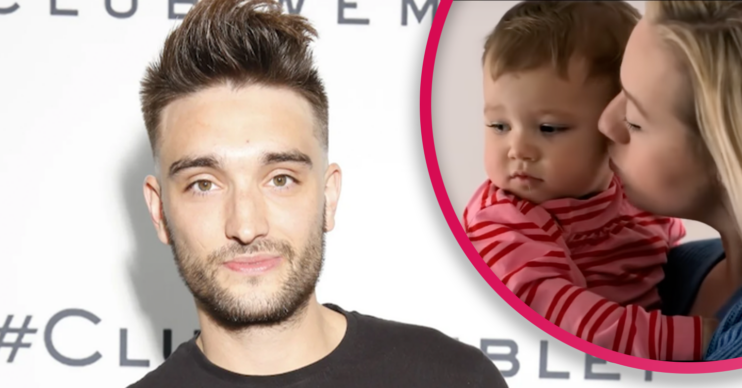 Before his tragic death, Tom decided to raise awareness and tell the world about his diagnosis.

When asked about not seeing his kids grow up, Tom gave a heartbreaking response that left us reaching for our tissues.

Here’s what he said.

Tom bravely opened up about his battle with cancer.

When asked if he got his head around the idea of possibly not seeing his kids grow up, Tom gave an inspirational response.

Tom and his wife Kelsey both discussed their determination to beat his tumour and live to see his children grow up.

He told OK! magazine at the time of his diagnosis that the prospect of not being there to see his kids grown up hadn’t even crossed his mind.

Kelsey added: “We have to stay positive. The prognosis is based on much older people, as this usually affects those 50 plus.

“Tom is a young, otherwise fit and healthy guy and he has a much better chance at fighting this and benefiting this from some of the new treatments out there.”

Tom’s heartbreaking plan to tell his kids about his illness

The couple also revealed their plan for telling their children about Tom’s illness.

He said Aurelia, who is now two, was still “so young” and they would wait for “a right point” to tell her that her dad was poorly.

Tom was also father to son Bodhi, one.

Fans of the singer have rallied round the kids in the days following Tom’s death.

One message, posted on Aurelia and Bodhi’s Instagram accounts, read: “Keep going kiddo. Daddy loves you all. Just look up at the brightest star and that’s your daddy.”

When will Tom’s funeral take place?

Details of Tom’s funeral are yet to be announced.

However, it’s thought the star will be celebrated in a ceremony filled with “light” as friends and loved ones give thanks for his life and legacy.