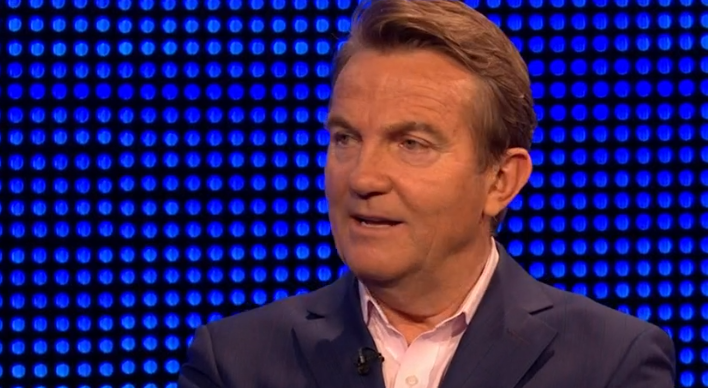 Get a move on!

Presenter Bradley Walsh was forced to cut off a contestant on The Chase after he gave a seemingly never-ending explanation for one of his answers.

On tonight’s (24.01.20) episode of the hit ITV quiz show, pharmacist Vinny was the first of his team to step up and face chase Shaun Wallace.

Read more: The Chase’s Bradley Walsh tells Anne Hegerty ‘end of story’ as they clash over fish and chips question

He was asked what the word hebetudinous means when used to describe a person, with the options being either dull, dainty or dirty.

Vinny went with dirty and explained: “I was thinking of the ‘hebe’ bit, all I can think of at the moment is, plants. The hebe plant.”

“Which do grow…” Vinny continued. “When you prune them, you… have to prune them regularly, to get new growth.”

Vinny said: “And they get new growth, in winter…”

With no end in sight for Vinny’s explanation, the contestant went on: “Winter and spring. They start to look a bit untidy, and that’s what I think it comes from-”

But at that point, Bradley was forced to interrupt him, demanding with a laugh: “Have you finished, Vin?”

Unable to let him continue, Bradley cut him off and shouted: “Yes! Yes, I got it.”

In the end, the correct answer was dull. Reacting on Twitter, one viewer wrote: “Bloody hell Vinny, you should have deffo got that! #TheChase #dull.”

Someone else said: “The irony of hebetudinous meaning dull #TheChase.”

Bloody hell Vinny, you should have deffo got that!! #TheChase #dull

Unfortunately for Vinny, he didn’t get the chance to rejoin his teammates as he was caught shortly after by the Dark Destroyer.

It follows an episode earlier this week that saw one contestant cause a furore after claiming the chaser’s high offer of £26k wasn’t actually that high.

Ellie, from Hull, told her teammate not to bother risking the high offer as it wasn’t all that special. But viewers on Twitter rushed to mock her when, during her own turn, a poor performance in the cash-builder saw her forced to accept a low offer of £50.