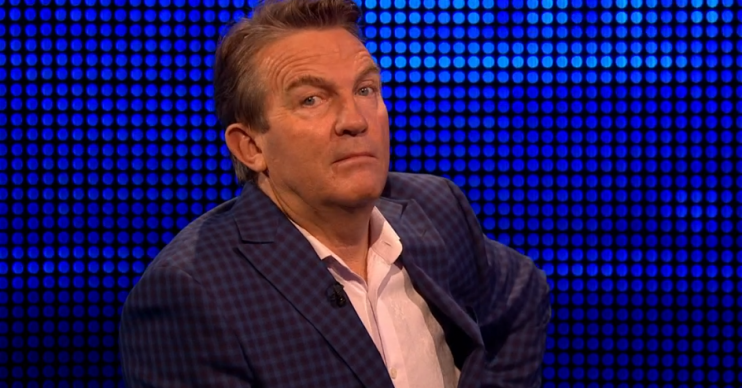 Bradley Walsh was forced to tell quizzer Anne Hegerty “end of story” as the pair disagreed over the answer to a question on The Chase.

On tonight’s (21.01.20) episode, a contestant called Dexter stepped up to face the Governess and was asked which dish was described by wartime prime minister Winston Churchill as ‘the good companions’.

The options were bangers and mash, fish and chips or liver and onions.

Read more: Holly Willoughby and Bradley Walsh ‘heading back to BBC for full series of Take Off’

Dexter went for bangers and mash, although he admitted he wasn’t sure.

Luckily for him, Anne got it wrong too when she answered liver and onions.

It would have always been fish and chips. End of story.

“Liver and onions has been around for longer,” she argued. “Fish and chips is only from the 19th Century.”

“Could have been bangers and mash,” Anne insisted.

But Bradders cut in: “No, no, no. It would have always been fish and chips. End of story.”

Bradley went on to ask each of the others where was the best fish and chips they ever had.

The Breaking Dad star told them: “Right, I’ve got to tell you, I went to Barry Island, I was filming on Doctor Who, and the fish and chips down there… it was unbelievable!”

He explained that he couldn’t believe how cheap it had been, but Anne clearly found it unremarkable, as she told him: “It’s a seaside thing, it’s always good at the seaside.”

Her words only caused more confusion for Bradley, who asked: “What, Barry Island’s a seaside thing? Of course it is, it’s right next to the sea…”

“Fish and chips is always good at the seaside,” Anne said again. “It’s where the fish comes from.”

“The seaside!” Anne replied patiently. “Fish live in the sea.”

Bradley quipped. “It isn’t just by convenience that they happen to be living in the sea!”

– The Chase is on ITV weekdays at 5pm