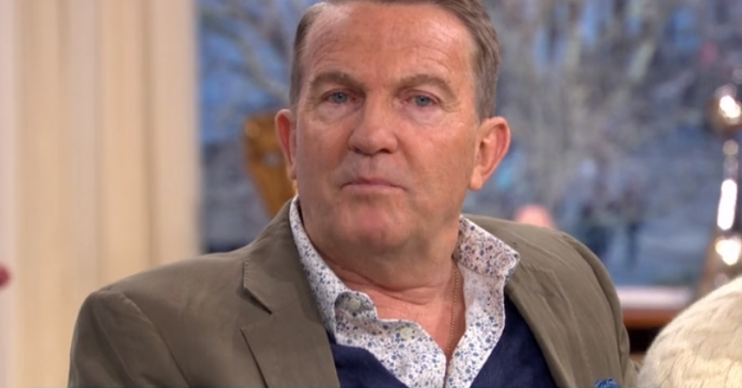 Bradley Walsh reveals he broke his back filming Breaking Dad

At least he fulfilled a lifelong dream

TV’s Bradley Walsh has revealed how he broke his back while filming the new series of his show Breaking Dad.

Appearing on today’s (15.01.20) episode of This Morning with his 21-year-old son, Barney, the presenter explained how he sustained an injury while fulfilling a lifelong dream.

Host Phillip Schofield said: “It’s called Breaking Dad and it’s a great title, because it did come true. You did break yourself. You properly broke yourself – you broke your back!”

As reported by the Daily Mail, Bradders fell off a bull and landed on his back. Later, he went to the Southview hospital in Kettering, Dayton, where doctors revealed he had broken his back in three places.

The Chase presenter explained: “It sounds a bit more severe than it actually is. My life’s ambition, Phil, was to go on a rodeo. Barns goes to me, ‘What would you really want to do, Dad?’ and I go, ‘I’d love to do a rodeo’ because I love my cowboy films.

You’ve got to push yourself.

He did manage to get on the back of a bull for the show, but it didn’t all go to according to plan.

“Unfortunately, I fell slightly wrong. I did [really hurt myself] but I was walking within, like… five or six years.

“No, I was up and walking the following day and we were driving the R.V.”

“You’ve got to push yourself.”

He went on to reveal that it was actually Phil’s mum, Pat, who inspired them to make the programme.

Bradley said: “We were at a party and Phil’s mum had been wing walking. Phil said, ‘Yeah my mum went wing walking’, blah blah, and then your [Holly Willoughby‘s] husband Dan said to Barns, unbeknownst to me, ‘Would your dad ever do anything like that?’ And that’s how it all started.”

After watching the first episode, which aired last week (08.01.20), viewers all had the same complaint about the programme.

Breaking Bad is on for just 30 minutes, including all the ad breaks, but fans think it should be longer.

ED! contacted ITV and the broadcaster confirmed that while the episodes are the same length, viewers would be treated to more of Breaking Dad as it runs for six episodes this time around – two more than series one.

Are you enjoying the new series of Breaking Dad? Leave us a comment on our Facebook page @EntertainmentDailyFix and let us know.