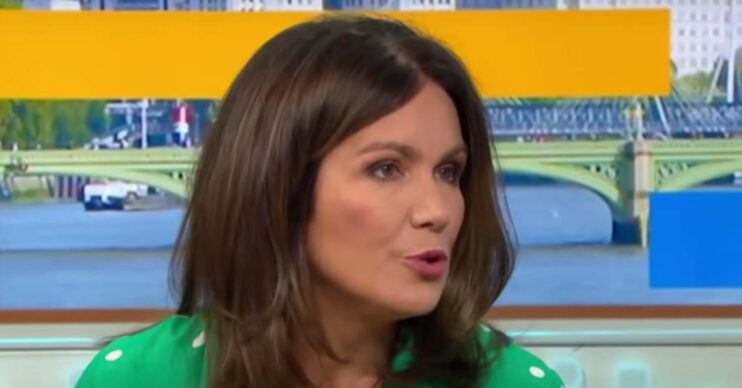 Susanna Reid trampled over a Twitter troll who suggested she has ‘gained weight’ last night (Friday May 6).

The GMB star, who grilled Prime Minister Boris Johnson earlier this week, shut down her abuser with a blunt comeback.

And although Susanna didn’t pay any more heed, several of her followers came in for further antisocial online behaviour as they remonstrated with the petty wind-up merchant.

The troll’s shabby conduct caught Susanna’s eye after she shared a series of images likening herself to Joan Collins.

However, the anonymous attention-seeker decided to contribute by taking a shot at Susanna’s figure.

“Have you put on some weight? You are looking very chunky,” they replied to her.

And although Susanna didn’t ‘feed’ the troll by replying expansively or again and again, she did make it clear their worthless interaction had registered with her.

How did Susanna respond?

Quote-tweeting the unpleasant jibe and flagging it up for the timelines of her 873,000 Twitter followers, Susanna simply replied: “Yes.”

The troll continued to waste precious moments of their life defending themselves, claiming they were ‘being honest’.

It’s really none of your business and incredibly classless.

And they also baited Susanna’s followers over her performance in her recent interview with the PM.

But Susanna denied the troll any further exposure and did not expand her answer any further, whether to indicate she was replying genuinely or sarcastically.

Dozens of her supporters were absolutely furious, however.

Within hours, hundreds of replies condemning the cowardly troll were left on her post.

“Wow – the intrusion, the misogyny, the rudeness, the inappropriateness,” raged one fan.

“Maybe don’t comment on people’s bodies, it’s really none of your business and incredibly classless.”

Someone else maintained: “She looks stunning, she’s a great presenter & interviewer… she’s at the top of her game. Why would anyone send a tweet like that?”