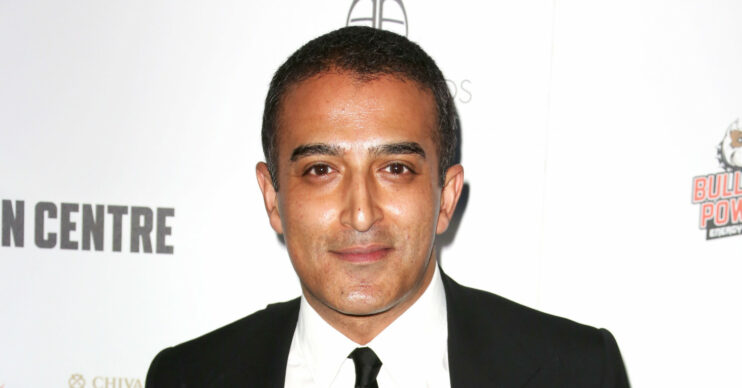 Adil is back this week!

Adil Ray heaped praise on his colleague Susanna Reid on Twitter for her interview with Boris Johnson on GMB.

The host gave as good as she got with the Prime Minister in an explosive interview yesterday (May 3).

Susanna has been congratulated for her ‘forensic’ approach and Adil joined in with the plaudits.

So chuffed for @gmb & @susannareid100. A peak audience of 1.3 million watched the interview with Boris Johnson yesterday, making it the highest peak audience in over 12 months. The team behind the scenes work so damn hard they deserve this success. I’ll be back with Kate 2moro.

Taking to Twitter he wrote: “So chuffed for @gmb & @susannareid100. A peak audience of 1.3 million watched the interview with Boris Johnson yesterday, making it the highest peak audience in over 12 months. The team behind the scenes work so damn hard they deserve this success.”

Fans loved Adil’s tweet and many replied praising his colleague.

One wrote: “A lesson in how to interview a shape shifter! Excellent line of questioning and a proper demand for answers! Outstanding.”

Meanwhile, another gushed: “She did a great job and didn’t let him off the hook. Looking forward to seeing you in the morning.”

But there was a shake-up last month when Richard Bacon popped up on screen.

The Blue Peter presenter divided viewers with some not convinced by his style.

But in news which will delight Adil’s fans, he confirmed on Twitter today that he would be “back with Kate tomorrow”.

While Adil has a ton of loyal fans, he was under fire recently for comments he made about Ukraine.

Speaking about Boris Johnson’s tenure he said: “We are effectively in a war with Ukraine and Boris Johnson has developed a trusting relationship with President Zelensky.

“So there is an argument to suggest when you’ve got that kind of stability between Britain and Ukraine, changing the Prime Minister at this point might not be the sensible thing to do.”

Fans were divided on whether Mr Johnson should be in power but one thing they did agree on was that Britain was not at war.

One tweeted: “Adil Ray we are not in a war. We are supplying a country in a war. We have supplied Saudi Arabia for years who are in a war but we still changed leaders.”

Meanwhile, another fumed: “We are NOT at war with Ukraine.. Ukraine is at war with Russia. Get it right Adil!!!”

Good Morning Britain is on weekdays at 6am on ITV and the ITV Hub.