Stacey Solomon has quipped that Joe Swash is trying to get her pregnant during a romantic mini-break.

Stacey, 30, and Joe, 38 headed off on a little trip on Friday night before making a pit stop at a service station. 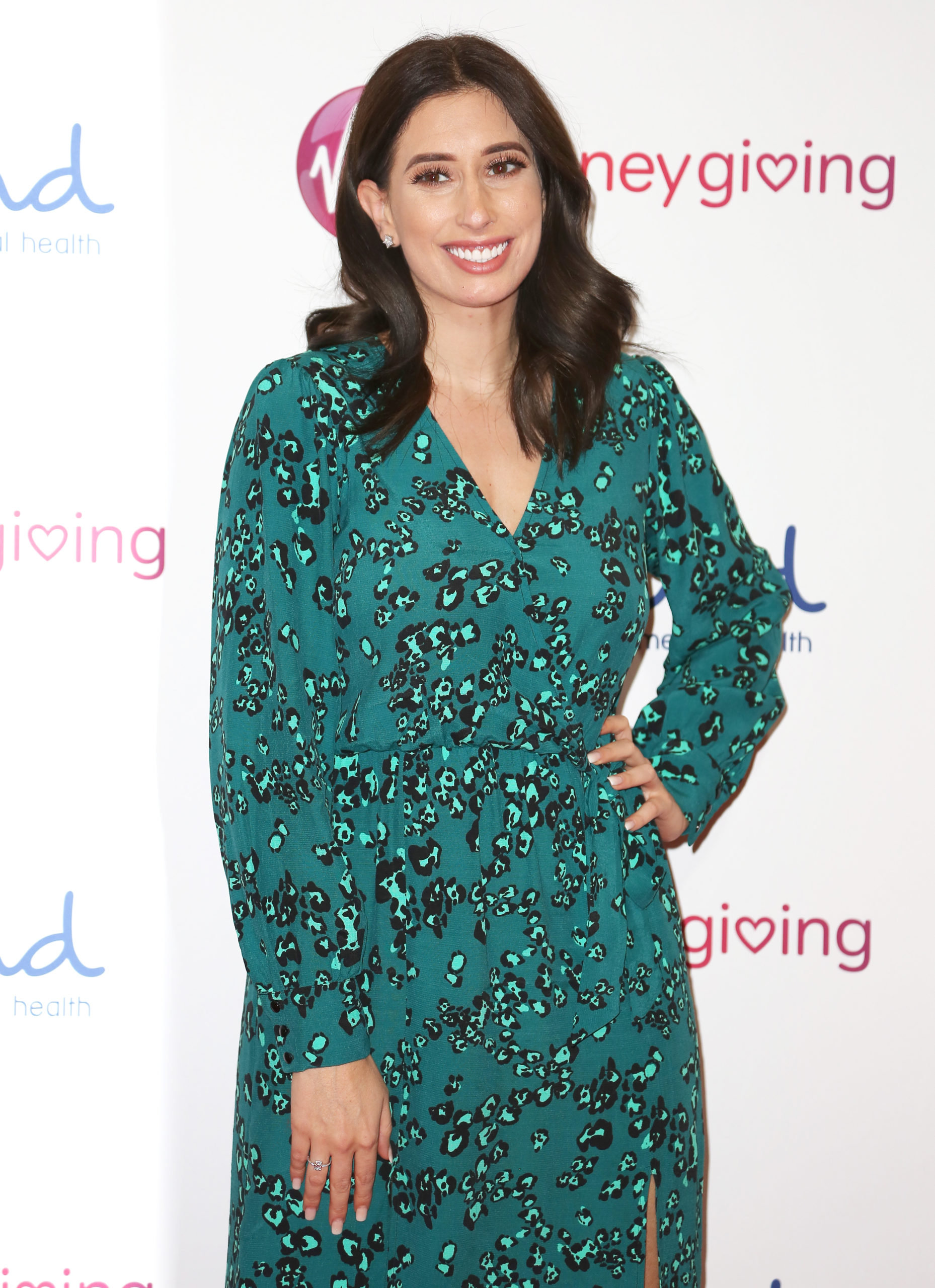 But as Joe topped up the car with oil, Stacey found her hormones getting the better of her. Oops! 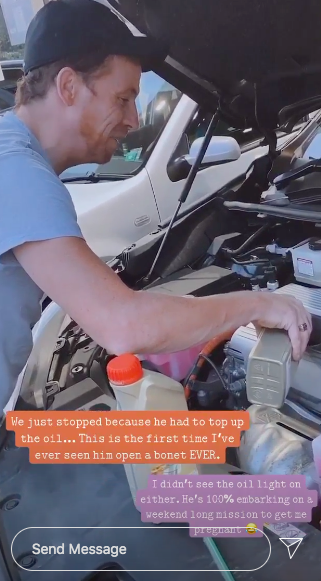 Stacey got excited as Joe topped up the oil in their car (Credit: Instagram Story)

The Loose Women star told her fans on Instagram: "We just stopped because he had to top up the oil...

"This is the first time I've ever seen him open the bonnet EVER.

"I didn't see the oil light on either. He is 100% embarking on a weekend long mission to get me pregnant."

Stacey added a 'crying with laughter' emoji and added the Etta James song I Just Want To Make Love To You to her post.

He is 100% embarking on a weekend long mission to get me pregnant.

The couple and their 14-month-old son Rex have since arrived at their seaside digs for a weekend of fun.

Perhaps it won't just be a stick of rock Stacey comes home with, though...

Earlier this week, Stacey opened up about whether she would like to expand her brood.

🌿You Have My Heart 🌿 Rex’s face is cracking me up 😭😂 My dad met us in the park today and took this picture of us and I can’t stop smiling at it... Joe‘s off on an adventure with his biggest pickle late tonight so we had all the cuddles today because we will miss them both soooooo much. It’s always hard to be without them but we know how special it will be and how important it is for them... We love you to the moon and back boys have the best holiday EVER. And when you get back be prepared for the amount of Fejkas I may have collected... Don’t worry I’ll make it up to you in animal snacks 😂🤍🌿

Along with Rex, Stacey is also mum to sons Zachary, 12, and eight-year-old Leighton, from previous relationships.

During a recent Instagram Q&A with fans, Stacey was asked if any more children were on the cards.

And it appears lots of people wanted to know the answer, especially after she recently confessed to feeling broody!

🤍 I feel like everything in my life has led me to you and every day I’m more grateful 🤍 Sorry about the soppiness 😂 These last few days I’ve turned me into mush 😂 I just don’t know what I’d do without him. We are so lucky to have you in our lives Hoe. You love us. All of us. The good, the bad and the pink wrapping 😂 We love you to the moon and back. 🤍 Hope you’re all ok, While I’m in a soppy state I have to say... I honestly have loved reading each and every message I’ve been able to see from you all today they’re so positive, kind and confidence building. You have no idea how amazing you all are. Building others up is the ONLY way to succeed 🤍 Love you 🤍

Stacey replied: "This is the most asked question of the day.

"We'd never say never - we feel so lucky and grateful to have four amazing children and it's my favourite thing in the world being a mum, so who knows."

She also captioned her Instagram story: "We haven't got any plans to try for any more pickles but we would never say never...

🌿 Daddy’s Day 🌿 Happy Father’s Day to the best male role model our four boys could wish for... I know you missed out on so much with your own daddy but you’ve made up for it a million times over with our boys. You are selfless, kind, caring and have put every cell in your body into raising you boys. I don’t know how we got so lucky 🤍 Anyway enough cheese for one post 😂 Our taxi driving, Fejka tan loving, window cleaning daddy. 🤍 thinking of all of those finding today so difficult. Also thinking of all of those mums doing it alone. And all of the dads not able to be there when they desperately want to. Love you all 🤍

Read more: Stacey Solomon reveals how she gets her bed linen pristine with home hack

"We love being parents, it's our biggest privilege so to be able to do it again would be a dream."

Stacey and Joe have been together romantically since 2016.

The couple met while filming for I'm A Celebrity...Get Me Out Of Here! in 2010 but started off as just good friends.

They now live together in Essex and welcomed Rex into the world in May 2019.