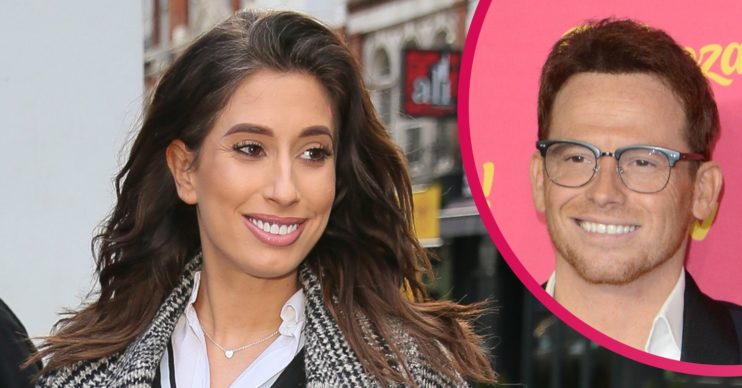 Joe had to 'drag' her out of the shop

Presenter Stacey Solomon has revealed how her partner Joe Swash had to quickly shut her down this week as she grew broody for another baby during a shopping trip.

Stacey, 30, already has two boys from a previous relationship – Zachary, 12, and Leighton, eight – and one-year-old Rex with Joe.

But it appears she might be hoping to grow their brood in the near future. Stacey revealed on her Instagram Stories how a visit to a homeware shop had her pining for a fourth.

The Loose Women favourite told her followers about an adorable little shop she spotted.

Speaking on her Stories, Stacey said she had to stop the car and make everyone get out. She was drawn in by the cute rainbow decals on the windows. Products including an plushie octopus were visible on the shelves inside.

She shared pictures from inside and revealed that she had fallen in love with a giant swan wall decoration, while a child’s cot made her “broody”.

Read more: Stacey Solomon reveals nerves after leaving baby son Rex to sleep on his own

She then joked that Joe had “dragged her away” before she could buy the swan – or “ask for another baby”.

Stacey has spoken previously about the possibility of her and Dancing On Ice winner Joe adding to their family, which includes Joe’s son from a previous relationship, 13-year-old Harry.

In a video of her “sexy” boyfriend cleaning the windows of their Essex home, she joked that another baby could be on the cards.

The clip, posted to her Stories, showed Joe giving the panes a vigorous clean while Stacey quipped that it was how they “got pregnant last time”.

As Etta James’ I Just Want To Make Love To You played over the video, Stacey commented: “Maybe it’s the lockdown but I’m pretty sure he’s never looked sexier [laughing emoji]”.

Stacey and Joe are currently starring in the latest series of Celebrity Gogglebox.