Presenter Terri Seymour shared a cute clip of the five-year-old playing in a pool with her daughter, Coco, and told followers the pair could be future contenders on Simon's shows.

The captioned the video, which showed the kids singing Never Enough: "They're nearly ready! AGT and BGT better watch out!"

Fans in the comments gushed over how cute they sounded.

One said: "This is adorable as heck, they are precious!"

Another wrote: "OMG they are just the cutest!"

AGT and BGT better watch out!

A third said: "Melts your heart."

Someone else commented: "They're going to smash 'em!"

According to Hello! magazine, Simon and his girlfriend Lauren Silverman are close pals with Terri, who lives in the US.

For Simon, it might be something of a relief that Eric is showing an interest in singing.

The music mogul, 59, has previously talked about wanting his son to work for his entertainment empire - when he's 10!

Speaking in an interview with NBC in May, the X Factor boss said he would pull the five-year-old out of school in fives years' time "if he could" and employ him at his record label, Syco.

He told the channel: "Listen, if I can get him out at 10 to come and work for me then I would."

The Britain's Got Talent judge, who left school at 16, went on to reveal that he thinks homework should be banned, because it's more important for kids to be "happy" than "over-educated" and "stressed".

He continued: "I was better off out of school than I was in. But I didn't have that major stress about homework, because I would just throw it away. A healthy, happy kid is more important than an over-educated, stressed kid." 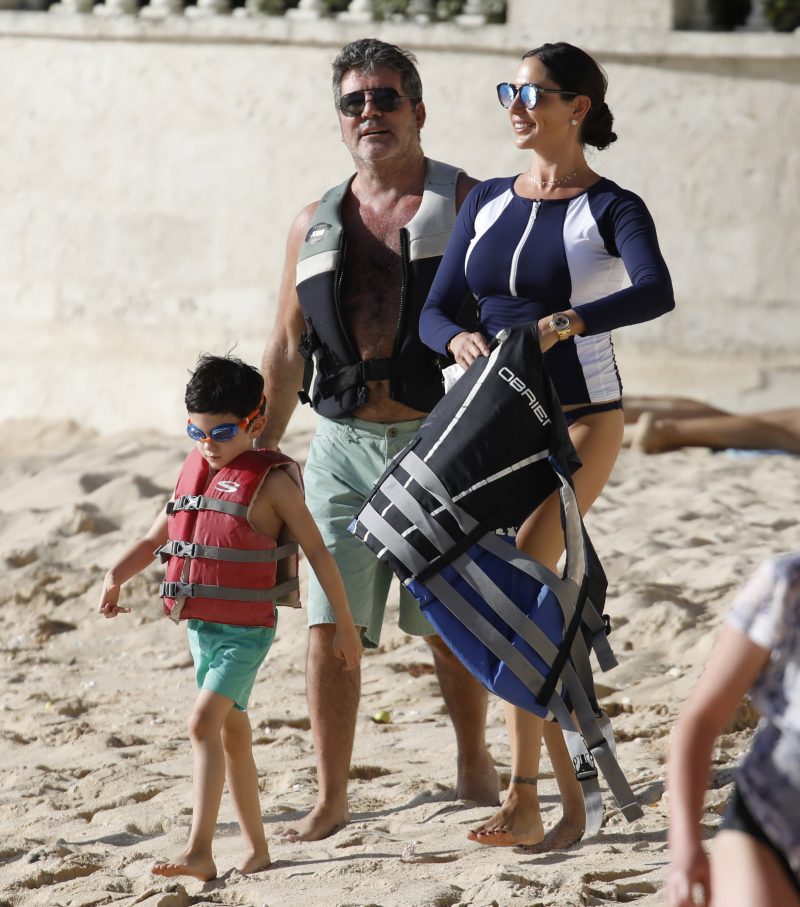 Simon and Lauren with their son, Eric (Credit: Ralph / SplashNews.com)

Simon has previously said that stress and bullying are the two things he fears the most for Eric when it comes to him growing up.

In a conversation with the Mail's Weekend Magazine in April, he said he "couldn't handle" bullying in particular and said it's the thing he "dreads most".

He told the publication that the idea of it "terrifies" him.