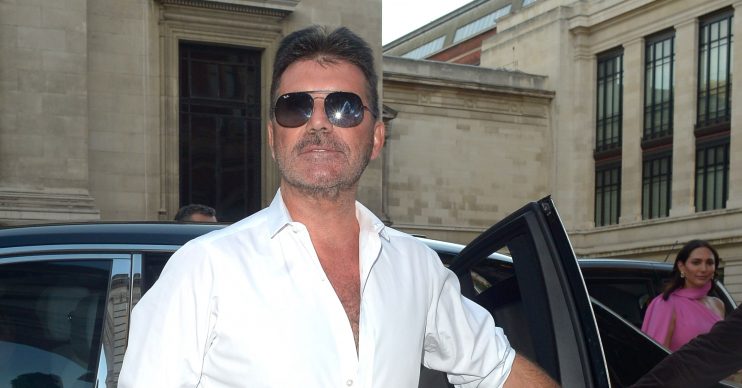 Simon Cowell popped out for a family meal at the weekend, and fans were stunned at the likeness between the music mogul and his son five-year-old Eric.

Simon, 59, was snapped with girlfriend Lauren Silverman and son Eric with friends and it showed that the apple doesn’t fall far from the tree.

Posting on her Instagram account, family friend Terri Seymour snapped Simon, Lauren and Eric along with her husband Francis Clark and their daughter Coco.

With Simon and Eric pulling silly faces, Terri captioned the picture: “#Reunited with our favorite crazies!”

Fans were quick to point out the similarities between father and son.

Many of Terri’s 53,000 followers commented on the fun photo.

“Hilarious! Love that Simon can be goofy and not take himself too seriously,” one said.

Another wrote: “Beautiful yet hilarious photo. Can’t think where Eric gets his craziness from!”

“THIS IS THE CUTEST PICTURE EVER,” a follower screamed.

The look of love. @simoncowell

Simon recently showed off his dramatic weight loss during a shopping trip in London.

He was joined by his girlfriend Lauren and Eric.

“I’ve never felt better. It was Sinitta who pointed at my stomach last year in Malibu and I went, ‘I get it’,” he told the Daily Star.