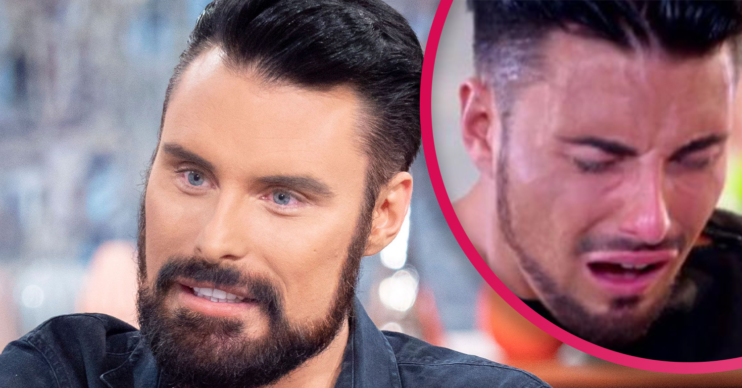 The presenter has gone without his beloved beauty treatments for months

Despite hairdressers welcoming back customers in recent days, nail bars, beauty salons and spas have all been forced to stay closed until “they can operate in a COVID-secure way”.

And it appears the controversial decision has certainly taken its toll on poor Rylan, who took to Twitter to share his pain.

Alongside a funny meme, the 31-year-old wrote: “When are beauty places allowed to start again? Any news? I’m falling apart mate.”

Followers agreed with Rylan, with one writing: “Can’t understand why nail bars aren’t open. They don’t work as close to clients as hairdressers do yet they can’t open yet. None of this makes any sense.”

Another said: “All our clients feel like that. The beauty industry are dying to get back to work! We need a date to return! X.”

When will beauty salons reopen?

The decision to keep the beauty industry closed has been heavily criticised by Brits.

Earlier this week, facialist Teresa Tarmey and salon owner Lindsey Nesbitt appeared on This Morning to discuss the implications of salons still being shut.

They said they had been led to believe salons would open on July 4.

However, the government then went on to change their minds.

“It’s coming to crunch time now,” Teresa said, regarding the financial situation of many salon owners.

Phillip Schofield added that the beauty industry is worth £2.4 billion to the UK economy.

Both therapists said they had not had any indication from the government when they might be able to open.

“It’s impacting a lot on people’s mental health and confidence because of the way their appearance is,” said Lindsey, who has a salon in North Shields.

“I’ve had several messages over the past six weeks especially from people saying they are not feeling themselves.

“Maybe their husband hasn’t seen them without the treatments.”

However, a lot of viewers did not think the topic should be taken that seriously.

One tweeted: “#ThisMorning hang on….” their husband hasn’t seen them without treatment” sorry but your marriage needs some serious questions asked if he cant cope seeing u without fake eyebrows etc etc…”

It’s certainly not all bad for Rylan, who recently delighted fans as he returned to Gogglebox with his mum Linda.

The Big Brother: Best Shows Ever host claimed he was once “pushed” onto a hake on Sainsbury’s fish counter.

‪Guess who’s got the all clear to be in my bubble⚪️….. She’s back! See you Friday @c4gogglebox #celebritygogglebox @channel4 ‬

The hilarious double act then continued to leave viewers in hysterics with their telly critique throughout the episode.

The pair previously had to bow out of filming due to social distancing guidelines.

But the recent change in rules meant that Linda was able to form a ‘bubble’ with her son.