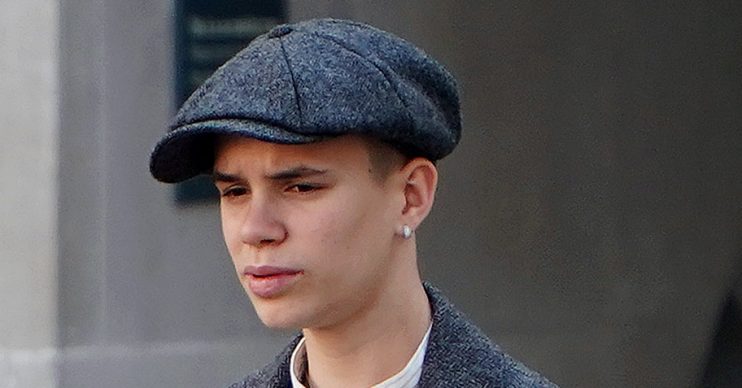 She joined them for family dinner

Back in March, he was said to be in the early stages of romance with actress Millie Bobby Brown.

However, it appears it’s a case of Romeo by name, Romeo by nature, as the second eldest Beckham boy has stepped out with his new lady love.

And, it seems, girlfriend Mia “Mimi” Moocher has the seal of approval from the 17-year-old’s famous family.

Clearly doing something right, Mia was seen with the Beckham clan at a private dinner held to celebrate the success of Victoria’s London Fashion Week show.

Hours after sharing a video to her Instagram Stories from the audience of the show, Mia was pictured with Romeo at Harry’s Bar in London’s Mayfair.

Clearly very happy, Romeo was grinning from ear-to-ear as he left the restaurant with Mia, who sat smiling in the car beside him.

It’s not known how long the young lovebirds have been together.

Amazing show mum ♥️ love you so much

However, just two weeks ago, on his birthday, Mia posted a picture of her beau to her Instgram page, along with a gushing caption.

Seemingly confirming their romance, Mia’s pals were quick to comment on the picture.

One said: “You guys are the cutest.”

They were reportedly “delighted” when their eldest son Brooklyn split from his girlfriend Hana Cross recently.