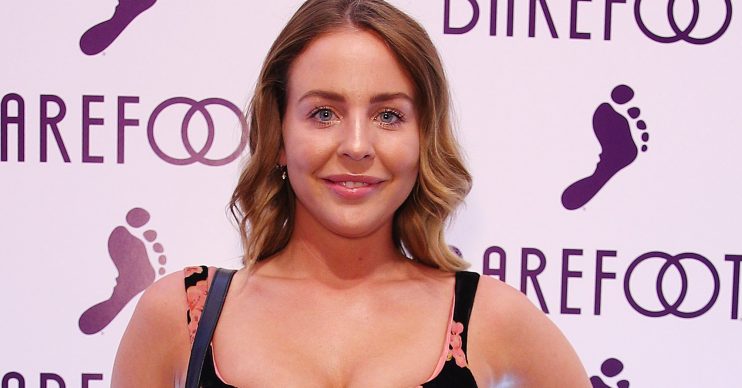 Now the “excited” reality TV star has revealed that she has discovered the sex of her baby. And, it seems, the expectant mum couldn’t be happier.

Speaking at her gender reveal party, held in the garden of her parents’ Essex home, Lydia broke the news that she’s set to welcome a little girl into the world.

It’s a ……………….. 🤰🏼 Finally the secrets out. Check out the @hellomag website to watch the full video and find out if it’s a prince or princess on the way 💙💓(link in bio or swipe up on my story)

She told Hello!: “Oh my gosh it’s so exciting, I’ve just found out I’m having a little girl! I wasn’t bothered either way, girl or boy, but I do think that now I know it’s a girl it’s that little bit more special.”

Lydia added that she hopes the tot will be her “best friend” and spoke about her close bond with her mum Debbie.

She said: “She’ll be my best friend. Me and Mum are really close and I love our relationship – I’m hoping that me and my daughter have something just as special, just as strong.”

Despite splitting from her beau, Lydia told the magazine the she felt it was the “right time” to become a mum.

Read more: Simon Cowell hits out at Ant and Dec for “spoiling” BGT

The star also opened up about her pregnancy cravings and admitted that her usually healthy diet has gone to pot since becoming pregnant.

She said: “All I wanted was pasta, bread, things like that. Stodge. Constantly! And I now can’t eat chicken, eggs or milk – I can’t drink water because it makes me feel sick. I can only drink fizzy drinks. It’s so weird.”

Lydia had previously teased the sex of the baby and shared a video of the tot waving during an ultrasound scan.

The pair are thrilled to be on “one of the most exciting journeys of our lives together”.