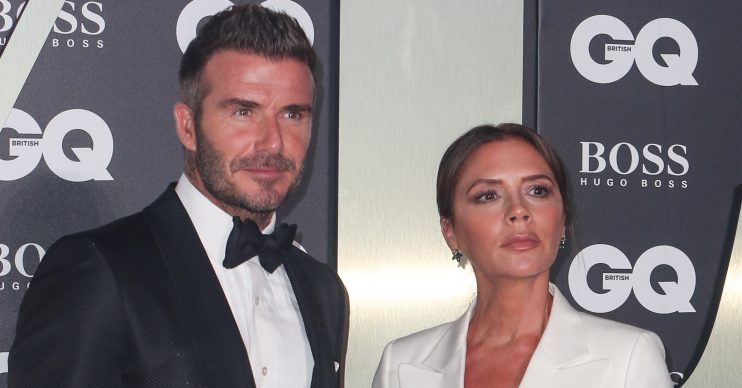 They are reportedly backing him 100 per cent

It seems it’s been a long time coming, but it looks like Brooklyn Beckham and his model girlfriend, Hana Cross, are officially over.

And his parents, David and Victoria Beckham, are reportedly happy and relieved about the break-up.

Brooklyn and Hana apparently had a very fiery relationship and it’s claimed they had several public disputes.

Apparently Brooklyn’s parents are now hoping that their son can move on with his life, after the end of the nine-month relationship.

A source told The Sun Online: “Brooklyn and Hana have called off their romance for good. David and Victoria are very glad and relieved and are backing him 100 per cent.”

The last time the couple were seen together was back in July when they attended Wimbledon together, however, Hana’s been notoriously absent from the Beckhams’ social media feeds ever since.

This comes after it was revealed that Hana reportedly ‘lashed out’ at him during their recent appearance at Cannes Film Festival.

According to The Sun, the couple were spotted engaging in explosive rows at the ultra-glamorous event.

A source told the paper: “They were screaming and crying” while at the outdoor restaurant of the Hotel Martinez French resort.

Security allegedly had to split the young couple up and Brooklyn’s parents Victoria and David Beckham were reportedly notified of the incident.

It was reported that the parents were said to be quite concerned over their son’s ‘toxic’ relationship with Hana at the time.

Another source, apparently close to Hana, told The Sun: “It was all very dramatic. They went to Cannes for a few days, but started bickering almost straight away.

I was so pleased to be asked to shoot my beautiful girlfriend @hancross for the cover of @wonderland wearing the #VVBPreAW19 collection. On stands later this month! Click the link in my bio ❤️❤️

“Hana struggles with Brooklyn’s fame and money, and all that comes with dating a Beckham.”

Entertainment Daily has contacted representatives of the Beckham family who have declined to comment on the matter.