The 20-year-old aspiring photographer - who is the son of David and Victoria Beckham - was first reported to have split from model girlfriend Hana last month, and the pair have now seemingly confirmed the news, as they've unfollowed each other on Instagram.

Brooklyn no longer follows 22-year-old Hana on the photo sharing app, and Hana has also removed Brooklyn from her follow list, hinting the pair may have called it quits. 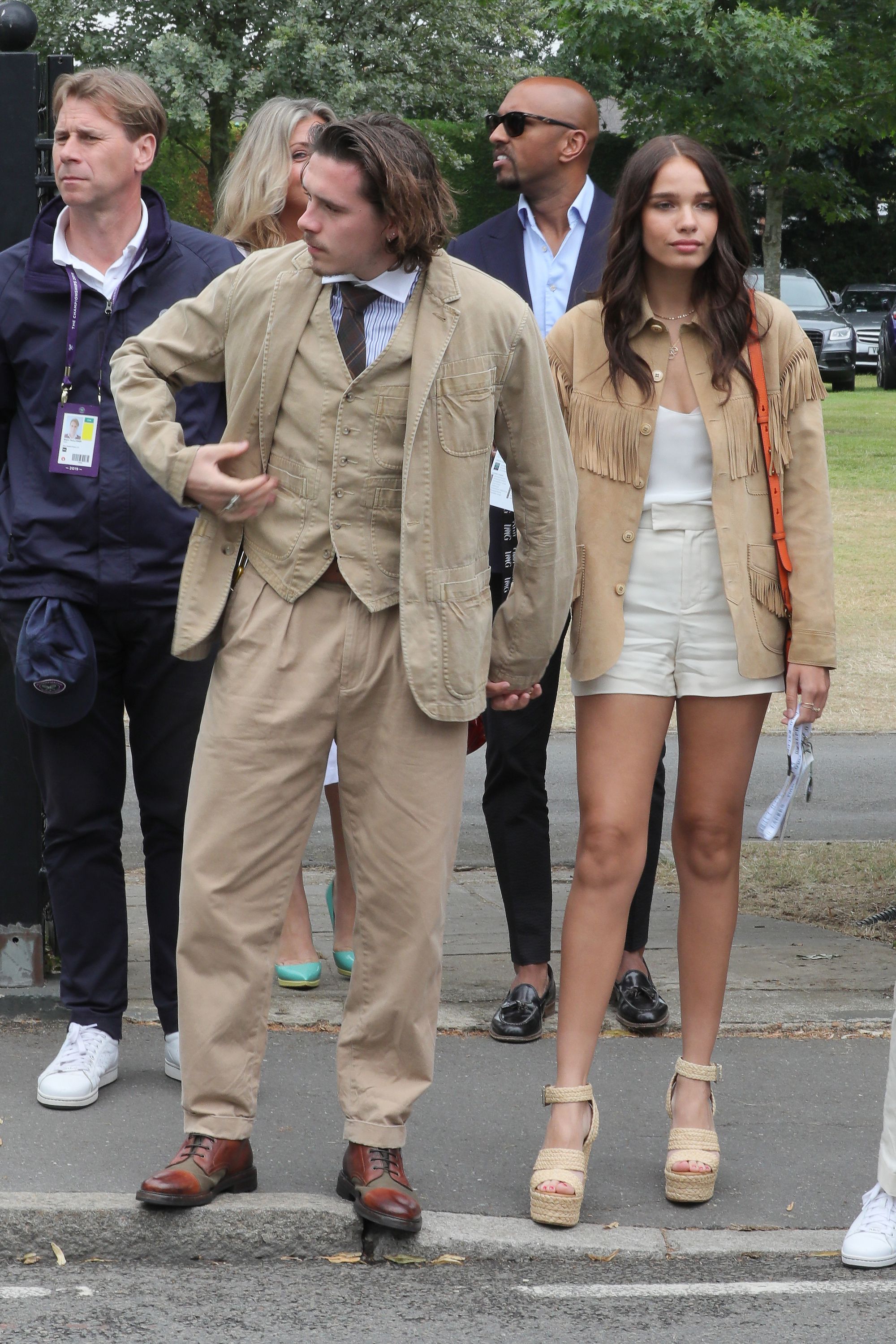 An insider previously claimed the couple called it quits after eight months of dating, and they'd not been seen in public together since their last outing at Wimbledon on July 14.

And Hana was noticeably absent from pictures posted by the Beckham family - which also includes Brooklyn's siblings Romeo, 17, Cruz, 14, and Harper, eight - this summer, despite having joined Brooklyn for family engagements with parents David and Victoria in the past.

We talk about everything. She's helping style me for Coachella - probably Levi's shorts, a crop top and Converse.

Read more: Beckhams' birthday messages for Romeo as he turns 17

The split will no doubt be disappointing for Brooklyn's mother Victoria though, as she previously claimed she often chatted to Hana about "everything".

She said: "We talk about everything. She's helping style me for Coachella - probably Levi's shorts, a crop top and Converse. I'm quite a tomboy."

The former flames initially got together in 2014, but they called it time four years later after a number of breaks during their relationship.

Chloe previously confessed that her public displays of affection with the aspiring photographer - when they were often captured kissing by the paparazzi - were an act of rebellion.

She conceded: "The problem with me is that I'm fairly rebellious, in the sense that if people tell me not to do [something], I'll be like, 'I'm going to do it, and I'm going to jump in head first and do a flip.'

"I was like: 'Why can't I kiss on the street and do all of the things that my friends are doing?'

"And you can - you can do whatever you want - but then I'd come home and be mad that there's a photo of me kissing on the street."

Head to our Facebook page @EntertainmentDailyFix and let us know what you think of this story!