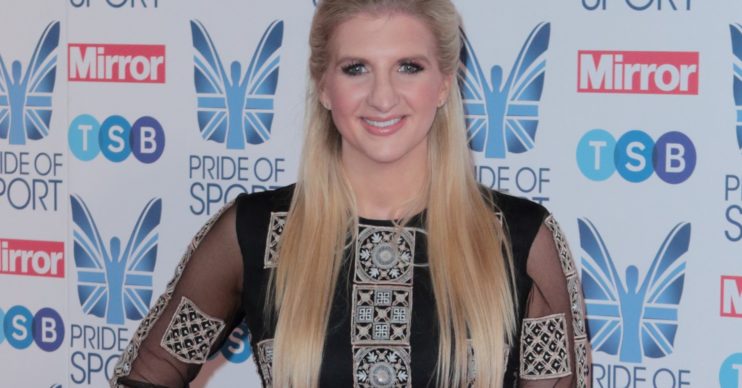 Rebecca Adlington reportedly has a house full – as well as living with her boyfriend and daughter, her ex-husband and his best mate have moved in too.

Read more: The Bill fans want show to return as Trudie Goodwin says it should never have ended on This Morning

Olympic champion swimmer Rebecca reportedly invited ex-husband Harry Needs, 28, to move in with her and new partner Andrew Parsons so he could spend as much time as possible with their four-year-old daughter Summer during lockdown.

Couldn’t wish to be stuck at home with a better bunch of people, so glad my bestie had a birthday to remember #squadgoals #whatdoyoumeme #quaratinedreams #family 🌈

Read more: VE Day quiz: 20 WW2 questions and answers – how many can you get right?

Rebecca and Harry split in 2016 after 18-months of marriage and she has been in a relationship with property manager Andrew since 2018.

Harry posted a group selfie of their lockdown gang, writing: “Couldn’t wish to be stuck at home with a better bunch of people, so glad my bestie had a birthday to remember.”

A source told The Sun: “Their arrangement is very amicable and they’re doing what’s best for Summer.

“They still get on really well despite their split, so why not? And Harry’s friend Michael is close with the others too.”

Read more: Ant and Dec to auction their National Television Awards to raise money for the NHS

Rebecca, Harry and Michael all have professional swimming backgrounds, with the source adding ‘they’re all enjoying each other’s company’ and calling the arrangement ‘a no-brainer’.

She said: “They really get on – it’s cute. Summer doesn’t really understand what husbands and boyfriends are but she says, ‘Mummy and Andy kiss!'”

Former I’m A Celebrity star Rebecca also discussed her friendship with ex-husband Harry, saying they are still ‘close’ despite splitting after less than two years of marriage.

“I’m so grateful that we’ve remained close; he’s a fantastic dad,” she explained. “I think the reason we get on so well is because Summer comes first for us.”

Since retiring from her swimming career in 2013, Rebecca has appeared on The Jump, I’m A Celebrity and Celebrity Masterchef, as well as becoming a sports commentator.

Visit our Facebook Page @EntertainmentDailyFix and tell us what you think of this story.