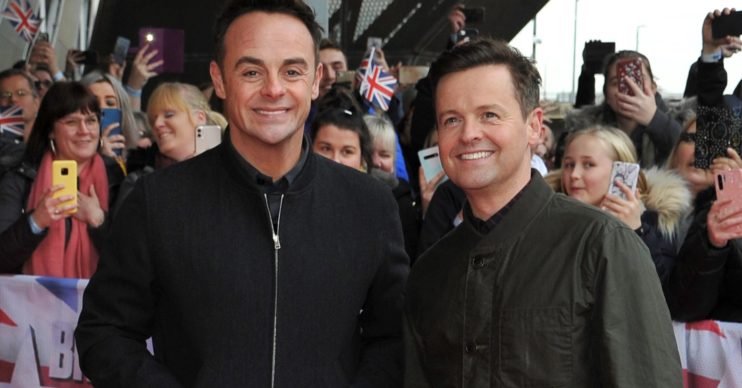 The boys have donated an award each to help raise funds

TV’s Ant and Dec have pledged to auction off their National Television Awards in a bid to help raise more funds for the NHS during the coronavirus pandemic.

The boys decided to do their bit after a nudge from Chris Evans.

Chris’ son Noah, 11, is aiming to raise £2,000 for the Scrubs Glorious Scrubs fundraiser and Chris came up with the NTA idea.

“We are donating an NTA each! Go to the website http://bidinauction.com to register. Good luck and thank you #nhs @FrothyCoffeeMan.”

Brilliant idea Chris Evans… NHS fundraising for Scrubs Glorious Scrubs. We are donating an NTA each! Go to the website https://t.co/6hYasH6zk8 to register. Good luck and thank you #nhs @FrothyCoffeeMan pic.twitter.com/drxcO0IuND

What did their followers say?

Dermot O’ Leary was one of the first to comment on Ant and Dec’s post with: “I’m in!!!” while several people joked about it being ‘the only way he could get his hands on a NTA’.

“OMG!!!! Finally a chance for @radioleary to get his hands on an NTA!!!!! Surely he will be the highest bidder!! Go on Derm!!” a follower wrote.

Someone else said: “Awww love it. Thought I‘d throw in a bid to see where it goes only to realise that they are already at £1000…. haha maybe not! I hope they go up much further than that, thanks for doing this lads. You legends!”

“I reckon Piers Morgan or Bradley Walsh will try and win it just so they can say they have a NTA,” a third joked.

Who else is raising money?

Stars including Rod Stewart, who is auctioning off football shirts, and Faye Ripley, who has donated Cold Feet scripts and a handbag among other items, all have items up for grabs on the site.

The UK has already raised more than £100 million for the NHS, with Colonel Tom Moore responsible for an incredible £32 million of that.

The 100 year-old walked laps of his garden using his walking frame and inspired the nation, being promoted to colonel from captain by the Queen.

Other fundraising celebs include Denise Van Outen, who is sewing gowns for doctors and nurses, and Rita Ora who has registered as a volunteer.