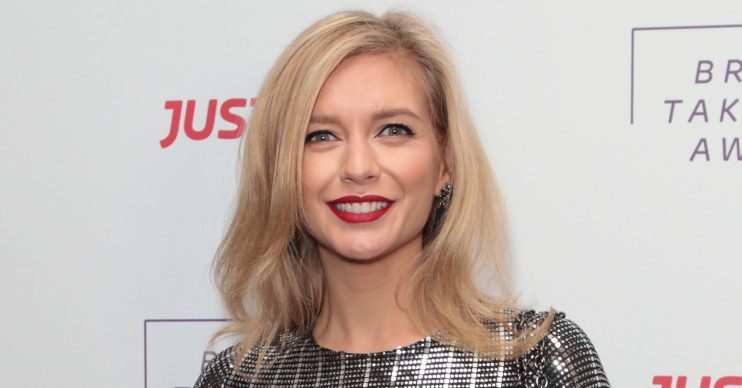 Pregnant TV presenter Rachel Riley has shown off her blossoming bump and teased her baby’s gender on Instagram.

The Countdown star, 33, posed for a snap alongside her Strictly Come Dancing pro husband, Pasha Kovalev, 39, outside Spain’s Guggenheim art museum and told fans her bump was “brewing nicely”.

She captioned the photo, which showed Pasha with his arm around Rachel as she stood with her hand on his chest: “Half-way bump and all brewing nicely! Mother’s intuition says it’s definitely a girl. Or a boy. Or a cockapoo…”

In the comments, Rachel’s fans heaped praise on the “gorgeous” and “stunning” presenter.

Someone else wrote: “You both look gorgeous and very happy. Enjoy every moment.”

Rachel announced earlier this month that she and Pasha, who joined the Strictly pro line-up in 2011, had secretly tied the knot.

The couple said their vows at a ceremony in Las Vegas and Rachel announced the news to her Instagram followers, introducing herself as the new ‘Mrs Kovalev’.

According to the Sun, they wanted their nuptials to be low-key and reportedly kept the ceremony from most of their close friends and family.

A source told the paper: “They wanted to ensure it was just the two of them and everything was kept as quiet as possible.

After their wedding, Rachel and Pasha, who met on Strictly in 2013, jetted off on a romantic ‘minimoon’ to the Catalan capital of Barcelona.

She shared a selection of snaps from the sunny trip and said the post was a “quick thank you”, joking that her pregnancy “glow” was really down to new additions to her make-up bag.

Rachel announced her pregnancy in May with a Countdown conundrum on Twitter.