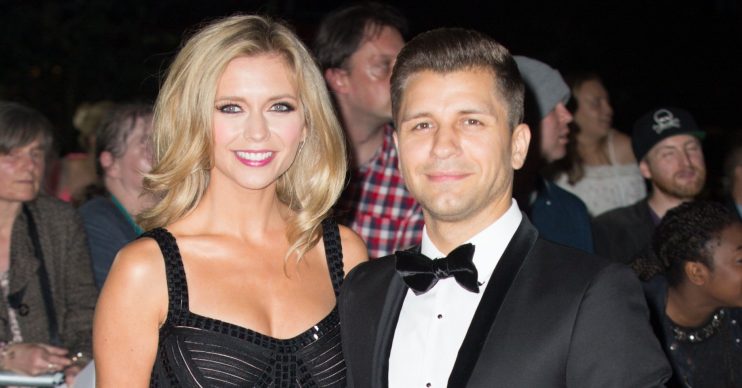 They shared the news on social media

Rachel Riley and Pasha Kovalev have secretly tied the knot in Las Vegas.

The Countdown star – who is pregnant with the couple’s first child – took to Instagram on Monday (01.07.19) to declare herself “Mrs Kovalev” as she and the former Strictly Come Dancing pro stood in front of a flower carousel and the blonde beauty held a bouquet of red and white roses.

Introducing the new Mr and Mrs Kovalev 🥰
We both said yes! 👰🏼🤵🏻💍🥂💕🇺🇸🇬🇧 pic.twitter.com/kcA8LzfIJv

She captioned the post: “Introducing the new Mr and Mrs Kovalev, We both said yes.”

According to The Sun Online, the couple – who met on Strictly in 2013 – wanted to keep their nuptials low-key and reportedly kept the ceremony from most of their close friends and family.

A source told the publication: “They wanted to ensure it was just the two of them and everything was kept as quiet as possible.

The 33-year-old TV star had previously opened up on her views on marriage and having children, after being married to Jamie Gilbert for just 16 months before meeting 39-year-old Pasha.

She told the Daily Express last year: “I am in love now. I don’t feel I have to get married. I don’t think I need that pressure any more.

“I don’t worry about getting married or whether he is taking a long time in the morning or whether he has done the dishes. That does not really bother me in the long term. I feel settled.

“I don’t feel the need to do it again. If I’m with someone and I’m happy, that’s enough.”

And touching on children briefly, she said: “I don’t see myself with or without children – whatever will be, will be.”

Rachel and Pasha are the second Strictly couple to tie the knot, after former Coronation Street actor Jimi Mistry, 46, and Flavia Cacaca, 39, got married three years after being coupled up on the BBC One ballroom and Latin contest in 2010.

Leave your congratulatory messages for Pasha and Rachel on our Facebook page @EntertainmentDailyFix!