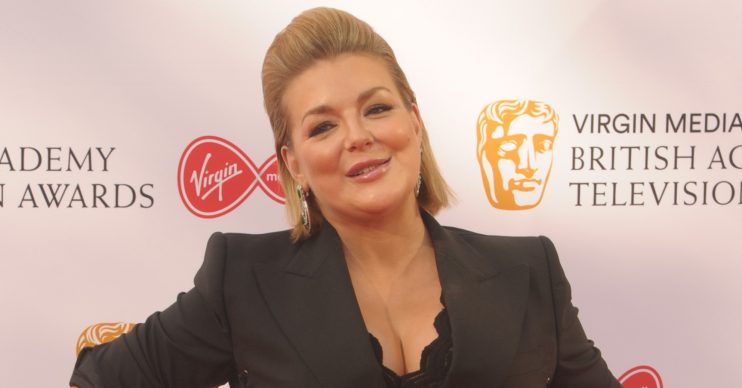 Actress Sheridan Smith has seemingly made a dig at her fiancé Jamie Horn’s family before she welcomes their first child.

The star shared a meme to her Twitter account, which seems to have since been deleted, saying: “You can’t choose your family. But you can choose your therapist.”

According to The Sun, the tweet was live on her account for a few minutes on Monday before it was no longer visible.

Ent Daily has contacted reps for Sheridan for comment.

Sheridan is expecting her first child with Jamie after announcing she was pregnant last year by reportedly revealing she had a “baby on board” as she performed to an audience on a cruise ship.

In November last year, the actress told fans she was having a baby boy.

Alongside a clip of herself holding up a babygrow, Sheridan wrote: “It’s a… BOY!” followed by a string of blue-heart emojis.

Meanwhile, last year, Sheridan issued an apology to Jamie’s mother after accusing her of killing her pet dog.

The star, 38, launched a Twitter rant after her Pomeranian Panny died.

In tweets, which were later deleted but were obtained by Mirror Online, Sheridan originally wrote: “FYI if I ever go missing look straight at Jamie and his nut job mum she killed my dog so this woman is capable of anything.

“Also her son hates me like she does and they threaten me everyday x there it’s out there. God knows how this will end but I love y’all (sic).”

However, she later took to her social media account to retract her claims and apologise.

Sheridan and Jamie got engaged three months after meeting on dating app Tinder.