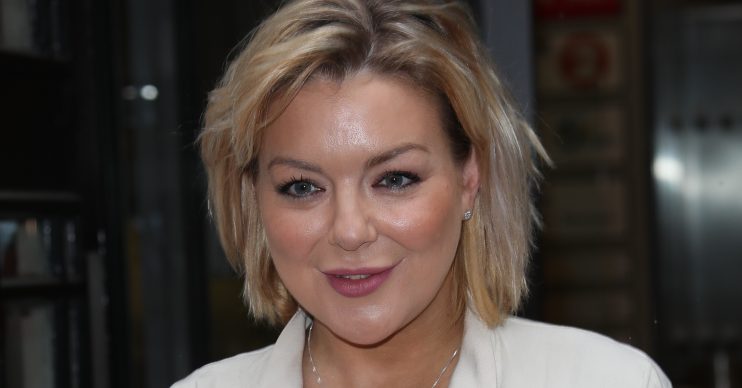 She confirmed her pregnancy last month

Actress Sheridan Smith has delighted fans on social media by revealing the gender of her unborn baby.

Taking to Twitter on Friday (08.11.19), the star told her followers she is expecting a little boy.

She tweeted, alongside a clip of herself holding up a babygrow, “It’s a… BOY!” followed by a string of blue-heart emojis.

Her fans rushed to congratulate her, with one writing: “Mama’s boys are the best.”

Someone else said: “Wow! Congratulations!”

A third put: “So happy for you, congratulations both xx.”

The Royle Family actress reportedly confirmed her pregnancy last month by revealing she has a “baby on board”, as she performed to an audience on a cruise ship.

She also admitted that she had to ditch her heels so that she can run off stage and vomit in the buckets waiting in the wings.

Sheridan gave the first glimpse of her baby bump as she posted two pictures of herself on stage on the cruise ship. In the shots, she is wearing a long navy dress that shows off just a hint of her blossoming bump.

Sheridan previously sparked rumours she was pregnant when she said she was dreading doing a four-day cruise while battling with morning sickness.

She said at the time: “About to set sail for four days, wish me luck with my morning sickness.”

The Cleaning Up star recently revealed that she couldn’t wait to start a family with her partner Jamie Horn, after working with kids on the musical Joseph And The Amazing Technicolour Dreamcoat made her broody.