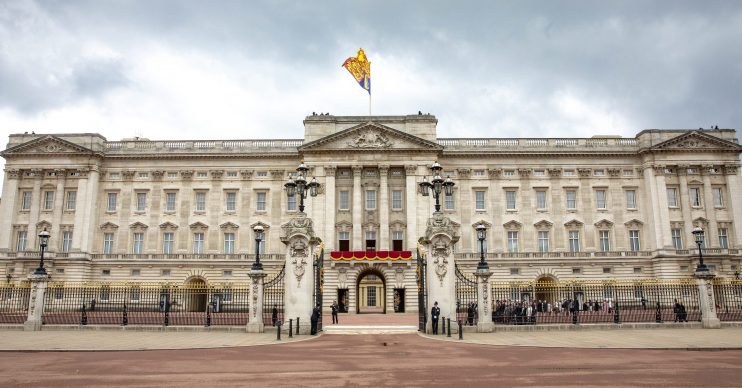 Onlookers were stunned this weekend when they spotted a frisky couple having sex on the pavement close to Buckingham Palace.

It came as thousands of Brits flouted the UK’s strict lockdown rules to enjoy the hottest weekend of the year so far.

Many were seen heading to UK beaches, while some – like this couple – headed to the country’s parks.

The saucy encounter – which took place in St James’s Park – was caught on camera by a passing cyclist.

In the video, a woman can be seen straddling her male companion.

The pair appear to be so caught up in the moment they are blissfully unaware of passing joggers.

Onlookers said two police officers on horseback arrived to break up the pair after a passer-by ­complained.

The Queen would have been outraged – they were at it like rabbits in the shadow of Buckingham Palace.

However, they didn’t dismount and only appeared to warn the couple about social distancing, despite them romping on the pavement in Birdcage Walk.

A cyclist filmed the encounter, which took place on Saturday (April 11).

He told The Sun: “The Queen would have been outraged – they were at it like rabbits in the shadow of Buckingham Palace.”

The cyclist added: “Their foreplay must have lasted 15 minutes. Then the girl climbed on top and straddled him and they started having full sex.”

He continued: “I walked straight past and looked at him and he didn’t even care so I decided to get it on video. Families and joggers went past as they went at it but they didn’t give a damn who saw them.”

Luckily the Queen isn’t in residence at her London home.

She is currently self-isolating at Windsor Castle with husband Prince Philip.

Over the weekend, she sent an Easter message to Brits telling them “Easter isn’t cancelled” and urging people to stay at home and stay safe.

“One is not amused”

Another added: “They were let off with a warning?! Those cops really didn’t want to get off their horses!”

“One is not amused,” another quipped.