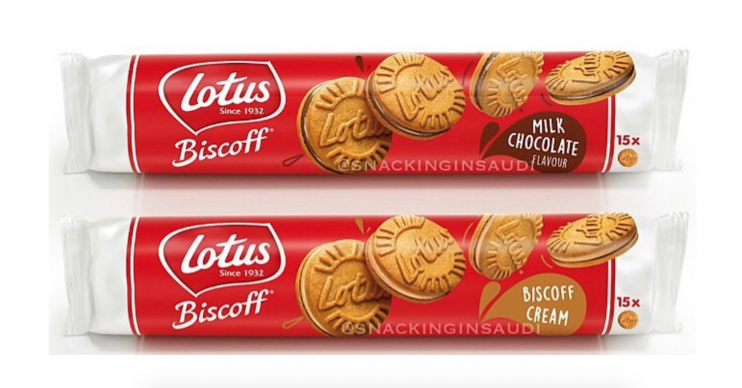 Lotus is launching its new Biscoff Sandwich Cookies in the UK

We’ve got some very good news for fans of Biscoff. Makers Lotus is reportedly launching its new Biscoff Sandwich Cookies in the UK “this week”.

ED! spotted the new biscuits – which Lotus said will be “presented in a roll pack” – on Instagram.

Further investigations show the biscuits have been in the planning by Lotus for a while.

In a press release on its 2019 annual report, the brand said it was “working hard on product innovation”.

It added: “In view of this we look forward with great enthusiasm to the launch of our new Lotus Biscoff cookie.”

We’ve got to admit, we’re pretty excited about the launch, too.

This will consist of two round Biscoff cookies with a filling between them. There will be three versions of the filling: our own Biscoff spread, vanilla and chocolate.

The statement also revealed the new biscuit’s packet and flavours.

And we’re sure you’ll agree it sounds delicious.

“This will consist of two round Biscoff cookies with a filling between them. There will be three versions of the filling: our own Biscoff spread, vanilla and chocolate.”

The caption read: “PREPARE TO LOSE YOUR MINDS!! Lotus Bakeries in Belgium is launching a NEW sandwich cookie range that will be available in three cream flavours: Biscoff Cream; Milk Chocolate flavour; and Vanilla flavour.”

It added that the biscuits have already launched in Belgium and will launch in France and the UK this week.

Speaking exclusively to ED!, they also revealed which supermarket will get the Biscoff Sandwich Cookies first.

They added: “I was told it will be at Tesco before other retailers in the UK.”

“I want them all,” said one Biscoff fan on the post.

“These look amazing,” said another.

“Oh my god,” another fan exclaimed.

“Need to try all of them”

“These look INSANE,” another declared.

“Erm I think we need these,” said another fan, tagging her pal.

“And I need to try all of them,” their chat continued, with the pair posting lots of pig emojis.

ED! has contacted reps for Lotus and Tesco to find out exact launch dates.