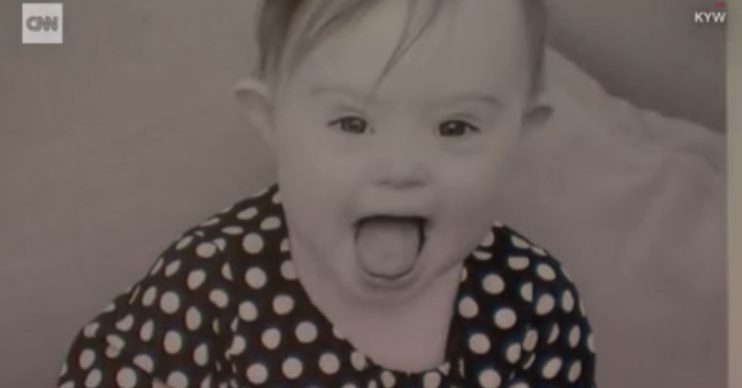 Police were reportedly called to a school after a young girl with Down’s syndrome pointed her hands at a teacher in a gun gesture.

A ‘threat assessment’ was launched after six-year-old kindergarten student Margot Gaines made the sign to a teacher, with cops later filing a report on the incident.

But Margot’s mum, Maggie, has slammed what she called an “insane” overreaction to a harmless situation and accused school policy of “criminalising” what amounts to normal child behavior.

It was something that was a teachable moment.

According to Maggie, her daughter aimed a finger at one of her teachers at Valley Forge Elementary School in Tredyffrin Township, near Philadelphia, and said, “I shoot you”.

She told CNN affiliate KYW: “I was very upset about this, she’s six years old. My daughter has Down syndrome, too. There’s no need for the police to have a record of something that is just sort of a minor… not even a disciplinary issue, right?

“There was no discipline action taken. It was a sort of naughty word to say or it was something that was a teachable moment, that the school should be handling. It’s not something that the police need to document.”

According to CNN, while the police have said Margot does not have a record, she is part of the report.

Speaking further, Maggie said: “The school safety officer admitted that, in this particular instance, the consultation with police really wasn’t adding value or really didn’t do anything. And I said, ‘Then why are we doing it?’ It doesn’t make any sense.

“All they could say was it was required because the policy says it.”

Read more: Government accused of being in crisis after BRUTAL Cabinet reshuffle

In a separate interview, Maggie told CBS Philadelphia: “It was very clear from the beginning that she didn’t understand what she was saying. “Her having Down syndrome is one aspect of it, but I’m sure most six year olds don’t understand what that means.”

As reported by CNN, the school has agreed to carry out a review of its safety practices after Maggie brought up the incident, and the furore that followed, at a school board meeting.