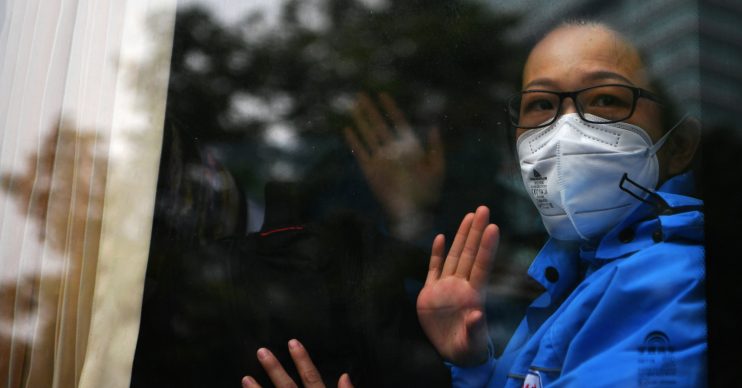 The dad of a baby boy who has become the youngest person in Britain suspected of being infected with coronavirus has revealed his family is living “in hell”.

The eight-month-old and his mum are reportedly in quarantine at their home after coming into contact with a GP who had the deadly virus.

Speaking to The Telegraph, the boy’s dad said the youngster was “already poorly” as he has a preexisting condition.

He told the publication that the family is “completely petrified” because the tot is showing “all the coronavirus symptoms” but paracetamol and Calpol are doing nothing to alleviate his condition.

The dad, who is understood to have asked not to be named, said: “We’re in hell, completely petrified. My ex-partner keeps breaking down in tears.

My ex-partner keeps breaking down in tears.

“We’re staying in the house and giving the kids Calpol and paracetamol, but nothing’s working.

“My little boy has haemophilia, so he’s already poorly.”

It follows warnings that the global outbreak poses a bigger threat than terrorism and could kill 45 million people around the world.

As reported by Metro, Prof. Gabriel Leung, Hong Kong University’s chair of public health medicine, has warned that people who have been infected despite having never been to China could just be the “tip of the iceberg”.

WHO expert Dr Tedros Adhanom Ghebreyesus, the organisation’s director general, branded the virus the “worst enemy” and said a vaccine will not be ready for another 18 months.