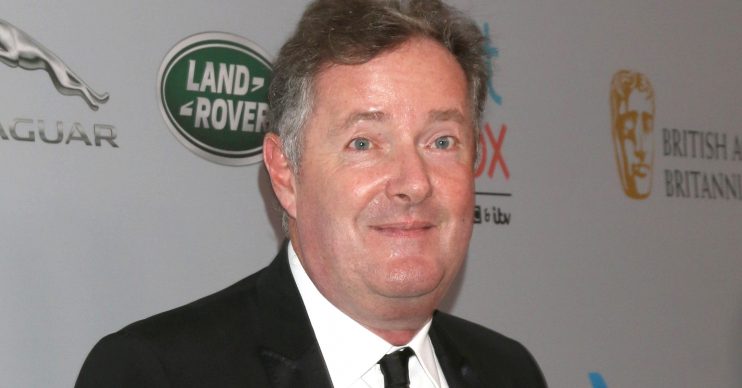 His supporters have missed him being on the box

TV presenter Piers Morgan vowed to expose the “shocking abuse” he endures on social media as he lashed out at online trolls in a late night tweet.

The former newspaper editor, 54, has returned to the UK following a break from his Good Morning Britain job in which he travelled to the US for some family time.

However, it seems his holiday off may not have been entirely restful as his spell in Los Angeles was blighted by concerns about the spread of wildfires in the region, with fans worried for the presenter’s safety as he received evacuation alerts on his phone.

Nonetheless, Piers has made it home safe and sound – with many of his GMB fans eager to see him return to TV screens – and it appears he has turned his attention to those who antagonise him on Twitter.

Landing back in Blighty.. always a thrill to get home to our sumptuous land.

He tweeted out in the early hours of today: “One day I’ll play the victim about the shocking abuse I get on Twitter – especially at this time of night – to secure some self-promoting, commercially beneficial publicity, but for now it makes me chuckle.”

Fronting up, he continued: “Do your worst, trolls, you absurd little freaks.”

I doubt you’ll ever play the victim.

Many users were perplexed by Piers’ confrontational attitude, but the majority of his most devoted followers treated the blast as an appetiser ahead of his daytime telly return.

“I think your quality piers can’t wait til your back on @GMB on Monday!!!” replied one excited fan.

One day I’ll play the victim about the shocking abuse I get on Twitter – especially at this time of night – to secure some self-promoting, commercially beneficial publicity, but for now it makes me chuckle.
Do your worst, trolls, you absurd little freaks. pic.twitter.com/4CvJKh1hvx

Another echoed: “Can’t wait to see you on GMB next week, your loyal fans have missed you!!”

And a third agreed, although they may be mistake about what they will be watching: “Looking forward to Monday, seeing you on #GMTV !”

Dozens of others accused Piers of ‘attention-seeking’ – but his words resonated with some others.

Best time for a Brit to hit the beach in LA is when the temperature plummets to 70 degrees & a few clouds appear. Then all the locals run inside before they freeze to death.

One person wrote: “The odd time you ask for it but overall, it’s unacceptable. Pick your time to dish it all back.”

And another declared: “I doubt you’ll ever play the victim; it’s not in your DNA…. and that’s why I follow you.”

Piers is expected back on GMB from Monday.