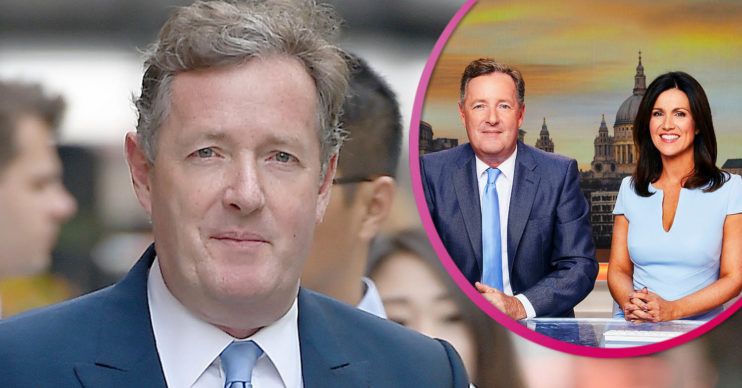 Piers is holidaying in St Tropez in France

Piers Morgan was teased by fans as he said he was feeling like a “midnight skinny-dip” on holiday.

The Good Morning Britain host, 55, is enjoying his summer break in St Tropez in the South of France.

On Monday, he shared a photo of his stunning pool at night and said he was tempted to have a dip.

I feel a midnight skinny-dip coming on…

Alongside the image, Piers wrote: “I feel a midnight skinny-dip coming on…”

Fans poked fun at Piers, with one joking: “Poor neighbours…”

In addition, another commented: “Let me eat my dinner first.”

After that, a third wrote: “Please don’t post photos when you do.”

Piers has been holidaying with his wife Celia Walden, their daughter Elise and his three sons Spencer, Stanley and Bertie.

The star recently posted a snap with Bertie, 19, as they enjoyed an evening out.

In the photo, Piers sported a polo t-shirt, white shorts and flip-flops as Bertie looked dapper in a black shirt and trousers.

However, the presenter’s vacation didn’t get off to a great start after he tore a tendon in his leg.

Piers shared a photo to Instagram of himself and his three boys as he stood on crutches.

He captioned the shot: “Peg-leg. (Nothing like tearing a tendon on Day two of a six-week holiday).”

However, Piers revealed his sons have told him to “man up”.

I feel a midnight skinny-dip coming on.

When asked how his ankle is doing, Piers tweeted: “Sore.

“But my sons are constantly reminding me to take my own regular advice over such matters and ‘man up’. So I am.”

Piers’ son Spencer shared a photo to his Instagram Stories of Piers and Amanda being sweetly serenaded by a musician.

Making fun of the pair, Spencer captioned the shot: “Shambles.”