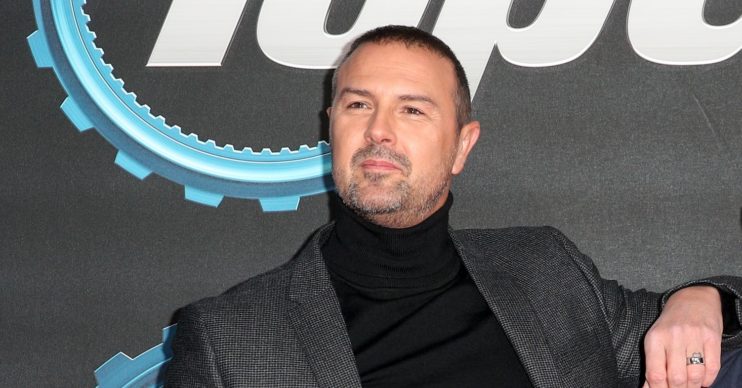 It left many gagging

Comedian Paddy McGuinness left his fans gagging as he made a disgusting admission while sunbathing during a sweltering day in lockdown.

The Bolton funnyman, 46, shared a clip of himself sweating profusely while lying in the sun at his family home.

In the video, which Paddy shared to Instagram on Saturday (May 30), he gasps at the heat.

What did Paddy say?

Got to be one of the hottest days for a long while today? If you’re a bloke, wearing long trousers, it’ll be full on ball soup! #weekend #saturday #hot #sunshine #loveit #partreptile #garden #weeds #patio #ballsoup

He says: “I know we like to moan about the weather in this country… but today, oh man! It’s hot as [bleep].”

And in the caption, he wrote: “Got to be one of the hottest days for a long while today?

“If you’re a bloke, wearing long trousers, it’ll be full on ball soup!”

One used the hashtag #yummy and included a couple of nauseated emojis.

Another repeated, gobsmacked, “Ball soup” alongside gagging and laughing emojis.

Someone else, tagging a pal, wrote “full on ball soup” with a vomiting emoji.

Disgusting or hilarious, Paddy’s fans are used to getting laughs from the Take Me Out presenter’s Instagram posts.

The comedian had his fans in stitches earlier this week with a hilarious photo of his youngest daughter fuming over his “tough love” parenting style.

On Instagram on Tuesday afternoon (May 19), Paddy shared a snap of three-year-old Felicity giving him “the full cold shoulder”. The spat, he explained, was due to his ‘no chocolate before dinner’ rule.

In the picture, Paddy stared at the camera with a serious, slightly exasperated look next to his little girl. Felicity, meanwhile, sat in a huff with her back to him.

He wrote in the caption: “My youngest daughter, Felicity, is not best pleased with me.

“Getting the full cold shoulder here! The no more chocolate before tea time rule has been met with great hostility. Three going on 30!”

But despite using the hashtag #toughlove, Paddy showed he’s still a big softy at heart.

“I’ll definitely crack first,” he admitted, adding with a laughing emoji: “She’ll probably be eating a Kit Kat before you finish reading this.”