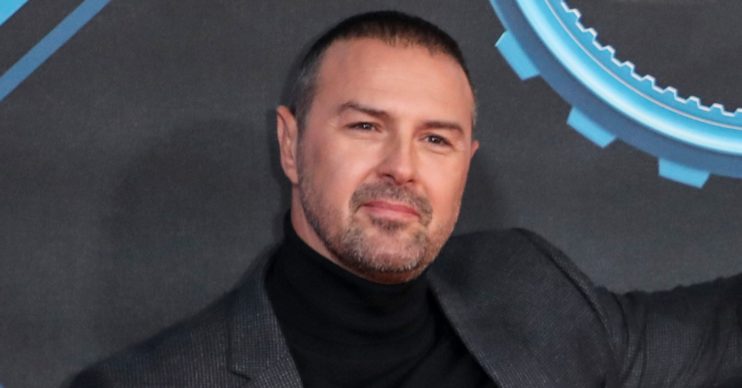 He called it tough love

Comedian Paddy McGuinness had his fans in stitches with a hilarious photo of his youngest daughter fuming over his “tough love” parenting style.

On Instagram on Tuesday afternoon (May 19), the Top Gear presenter, 46, shared a snap of three-year-old Felicity giving him “the full cold shoulder”. The spat, he explained, was due to his ‘no chocolate before dinner’ rule.

In the picture, Paddy stares at the camera with a serious, slightly exasperated look next to his little girl. Felicity, meanwhile, sits in a huff with her back to him.

What did Paddy McGuinness say about his daughter?

He wrote in the caption: “My youngest daughter, Felicity, is not best pleased with me.

“Getting the full cold shoulder here! The no more chocolate before tea time rule has been met with great hostility. Three going on 30!”

But despite using the hashtag #toughlove, Paddy showed he’s still a big softy at heart.

“I’ll definitely crack first,” he admitted, adding with a laughing emoji: “She’ll probably be eating a Kit Kat before you finish reading this.”

One fan commented, with a string of laughing-crying emojis: “I know the feeling, Paddy.”

Someone else quipped: “Aha the joys of parenthood!”

Fans shouldn’t feel too bad for Paddy, though.

Soaking up some rays

Posting on Instagram this afternoon (Wednesday, May 20), the Bolton-born funnyman didn’t give fans an update on the chocolate situation.

Instead, he revealed he is making the most of the heatwave currently scorching Britain.

The Take Me Out host shared a topless pic of himself squinting in the sun as he soaked up some rays.

“Kin hell it’s a swelterer!” he said in the caption. “I’ve just popped some after sun in the fridge. #wednesday #factor30 #crackingtheflags #scorchio #heatwave #staysafe.”

The hot weather is expected to be replaced by thunderstorms ahead of the bank holiday weekend.