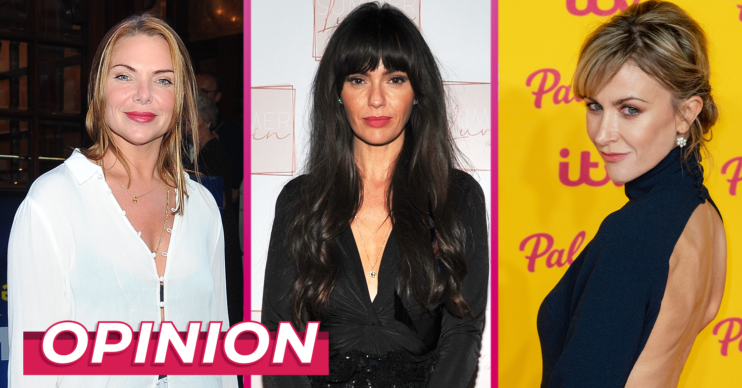 OPINION: Why have so many celebrity relationships fallen apart during lockdown?

We speak to a celebrity relationship expert to find out why

Lockdown has proved to be a pretty tough time for most of us. But that’s especially true for those who’ve been papering over the cracks of an unhappy relationship.

Spending all day every day at home with a loved one in the midst of a pandemic has taken its toll. Not least in the celebrity world.

In the past week alone we’ve had reports of EastEnders star Samantha Womack, Hollyoaks actress Jennifer Metcalfe, opera singer Alfie Boe and former Corrie actress Katherine Kelly all splitting from their other halves.

They’ve all been together years, with what appeared to be rock-solid relationships.

However, they have seemingly been hit by the curse of lockdown.

What happened during lockdown?

So what is it about spending vast amounts of time with someone you picked to actually spend time with that’s got our stars metaphorically running for the hills?

Read more: Ray Quinn’s wife-to-be has banned him from singing at their wedding

“I think lockdown has certainly been one of the biggest tests of a relationship,” Celebs Go Dating relationship guru Anna Williamson exclusively told ED!.

“My private coaching went through the roof with relationship issues three or four weeks into lockdown. It’s because we’re not used to being with people 24/7.

“It’s just not how we operate. As human beings we’re not used to that.”

Anna had her second baby with husband Alex 12 weeks before lockdown began.

She said they had “absolute screaming matches” at the start of lockdown.

Some didn’t weather the storm

However, while the duo did manage to “weather the storm”, not all celebrity matches have been as lucky.

Read more: Anna Williamson reveals Alison Hammond is “one hell of a kisser”

Anna revealed: “For some relationships it’s really just shone a spotlight on cracks that perhaps were already there but became very apparent because there was nothing else to distract.”

Yes, it may sound like #firstworldproblems, but life for our celebrities changed beyond recognition during lockdown.

There were no parties or premieres. Work on TV shows, soaps and movies halted. Theatres closed.

Many of our most famous faces are self-employed. And, despite appearances, will have no doubt struggled with the anxiety of where their next pay packet would be coming from.

For some relationships it’s really just shone a spotlight on cracks that perhaps were already there.

Now I’m in no way saying that us ordinary Brits didn’t struggle. It’s more that this has shown us that celebrities really are just the same as the rest of us deep down.

I’m not denying that being famous does have immeasurably pluses.

But if you’re mid-split with the person you once thought the world of, while being trapped in isolation, it’s got to be pretty tough.

Head to our Facebook page @EntertainmentDailyFix and tell us if your relationship survived lockdown.