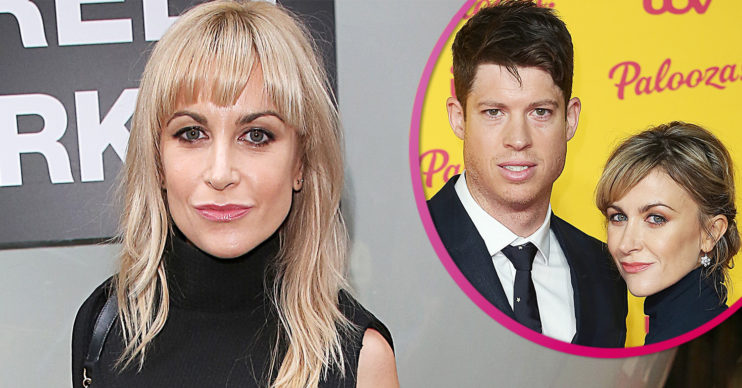 They were together for seven years

Katherine Kelly has announced her split from her husband Ryan Clark.

Their seven-year marriage has come to an end.

What did Katherine Kelly say?

A spokesman told The Sun newspaper: “Katherine and Ryan have made the difficult decision to separate.

Katherine and Ryan have made the difficult decision to separate.

“They see it as a positive move for both of them and the separation is completely amicable.

The couple – who have daughters Orla, six, and Rose, three, are selling their property in London.

Katherine relocating to northern England to be close to her family in Barnsley.

However, an insider added that Katherine and Ryan’s marriage wasn’t ended as a result of the coronavirus lockdown.

The source said: “It’s tremendously sad that it hasn’t worked out, but their decision to split wasn’t a rash one and their relationship isn’t a victim of the recent lockdown.

“They’ve thought about the future of their family long and hard and know that this is the best decision.

“They’re on great terms and constantly in touch discussing their kids.”

The actress has also starred in shows such as Liar and Cheat since leaving Corrie.

Katherine joined Coronation Street in 2006 and played Weatherfield’s Becky McDonald until leaving the soap in 2012.

In addition, she played Lady Mae in ITV’s Mr Selfridge and a beleaguered university lecturer in tense thriller Cheat.

Meanwhile, Katherine previously opened up about balancing motherhood with her acting career.