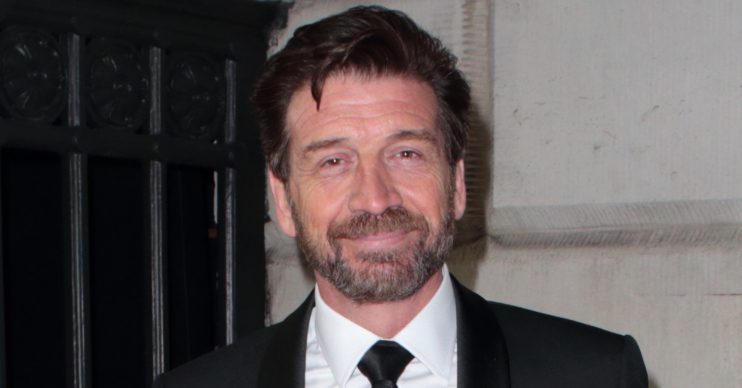 DIY SOS and Who Dares Wins star Nick Knowles has posted a selfie on to social media site Instagram with his eldest son, Charles.

Former I’m A Celeb contestant Nick, 57, enjoyed a day out at the rugby with son, Charles, and fans were quick to notice the similarities between the two.

Pictured at Twickenham to see England play Ireland in the Six Nations Championship, Nick took the selfie with Charles before the game had started.

He captioned the image: “Great day at the rugby with my eldest Charles.

It wasn’t long before many of Nick’s 360,000 followers took to the site to comment on the likeness between the two.

Can see the apple doesn’t fall far from the tree…

Another wrote: “Can see the apple doesn’t fall far from the tree…”

Finally, one follower paid a gushing compliment to them both: “Hi Charles… and I thought ur dad was [fire emoji].

Dad-of-four Nick’s bonding session with Charles comes a week after he told fans he had become single again.

He appeared to tell his followers on Twitter that he was no longer with the PR executive Emily Hallinan, 26.

He said in his tweet: “Happy Valentine’s. And if you’re single like me don’t worry, we don’t have to join in everything every year. I missed national prune day too.”

He also sent a supplementary tweet, saying: “I’m OK. Trying to cheer up those who feel left out – Feb is cat neuter awareness month – I won’t join in that either.”

He went onto tweet a series of messages reassuring fans he was fine.

“It’s not the end of the world to be single for a while,” he wrote.

Last year, Nick was banned from driving and fined £1,500 for speeding and driving while using his mobile phone.

He was sentenced at Cheltenham Magistrate’s Court after admitting all of the charges.

Nick wasn’t able to drive for six months after being convicted in June.

He reportedly exceeding the 70mph speed limit in January of this year.

Commenting after the trial, he told The Sun, “What I did was wrong.”