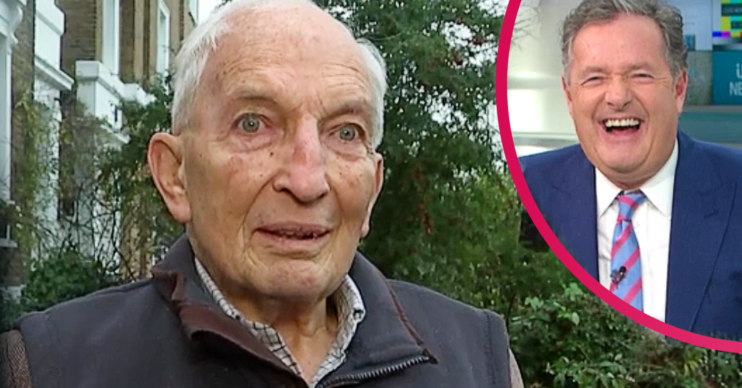 Martin is the talk of the town

Martin appeared on US news channel CNN to describe what getting the coronavirus vaccine was like.

But his distinctly British attitude and posh accent made him a hit around the world.

Who is Martin Kenyon?

Martin is a retired activist who lives in Stockwell, south London.

A granddad to seven-year-old Molly and Leo, 10, Mr Kenyon said he was looking forward to receiving the vaccine so he could hug his family again.

Why is Martin Kenyon headline news around the world?

Martin hit the headlines when he appeared on American news channel CNN after he had received a coronavirus vaccination.

He told the CNN reporter: “I rang up Guy’s Hospital, which I know very well as I’ve lived in London most of my grown life. and I said…you’re doing the vaccination and they said yes.

“Then they spent time asking me some questions about this and that..not very interesting and I said yes, no, yes, no and they said come at half past 12.

“Well of course, I couldn’t damn well find anywhere to park my car so I was late.”

He told the reporter that he was on his way home to tell his family the news.

What WAS his nasty lunch?

During the original CNN interview, Martin told the reporter that he had had a “nasty lunch” at the hospital.

Many social media users were wondering just what this nasty lunch was.

And, on today’s GMB (Wednesday December 9), he explained to Piers Morgan and Susanna Reid what it consisted of.

I don’t know why I said that – it was delicious.

He told the presenting duo that the lunch included a prawn sandwich and some orange squash.

“I don’t know why I said that – it was delicious,” he said, before explaining that he doesn’t usually eat sandwiches.

He then wanted to change the subject because it was “deeply uninteresting”.

What are people saying about Martin?

After seeing the original CNN interview from yesterday, Americans were enchanted by Martin.

One called him “peak British”.

But after today’s hilarious interview with Piers (who he asked, “Now, who are you?”), his popularity rose again.

One Twitter user said: “What a totally amazing man like Sir Tom. I could just listen to Martin all day long xx”

Another wrote: “What a charming gentleman he made me giggle and I wish him the best for a good old family Christmas.”

Finally, a third gushed: “Brilliant interview. Made my morning. This is the attitude you need – well done Martin Kenyon.”

We meet the Covid-19 vaccine heroes.

'It was a surreal moment.'

Lynn Wheeler had the Covid vaccine in front of Boris Johnson.

She tells @piersmorgan and @susannareid100 how the pandemic has made her feel 'afraid to hug anybody.'

Where can I watch the Martin Kenyon interview?

You can watch the original CNN interview down below, but if you want to catch Martin chatting to Piers and Susanna there are different ways to watch.

You can click the link above to watch an abridged version.

Or, you can head over to ITV Hub to watch the full interview.